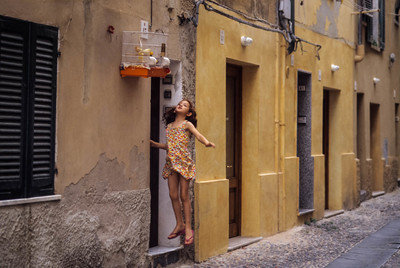 The fascination of the crowd

At the end of the 19th and beginning of the 20th centuries, as photographers began to explore new languages and more dynamic ways of looking at things, they left their studios for the streets and began to experiment with the possibilities presented by photojournalism. There on the streets, with the emergence of crowds of people in action, they found one of their main themes. Camera in hand, or loaded with their heavy equipment, the first photojournalists began to take the pulse of urban life, be it in the form of popular festivals, funerals, parades or demonstrations. Such crowds fascinated these first photographic reporters, and for many of them, the influence they exerted would determine the course of their professional careers.

From the camera to the darkroom, and from there to the newspapers, the photographs of the extraordinary events that were taking place in the public space became a common theme for the press during the first decades of the 20th century. Just at the time when this business was becoming consolidated, printing techniques were being improved and weekly picture magazines were becoming ever more popular and numerous, in line with the public's ever growing interest in the photographic image.

Photographs of crowds protesting on the streets, one of the symbols of the coming mass culture, provided not just information, they also constituted a powerful propaganda tool with which to echo the people's demands. But the same tool could also be used as evidence against the demonstrators and to justify police repression.

This exhibition aims to explore what these first photographed protests in Barcelona were like, and to comment on the people, many of whom are completely unknown, who took these photographs which have, over the course of time, become part of our collective memory.

The "Observatori de la Vida Quotidiana" (OVQ) is an independent and transdisciplinary collective co-directed by the anthropologist Andrés Antebi and the historian Pablo González, who has been working since 1999 on historical and ethnographic research projects in the city of Barcelona. Its main objective is to combine the tools of social research with the evocative power of the graphic and visual arts. In recent times, his works have explored themes as varied as the history of graphic reporterism, citizen demonstrations, colonial impressions in Barcelona or the construction of the historical memory of the neighborhoods from the domestic photographic backgrounds.