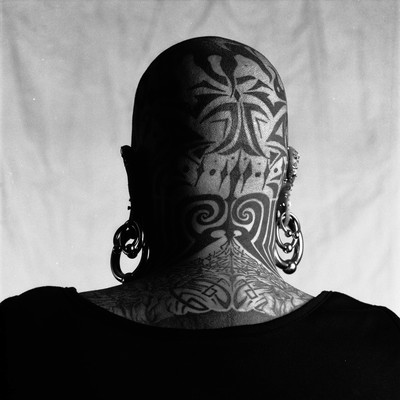 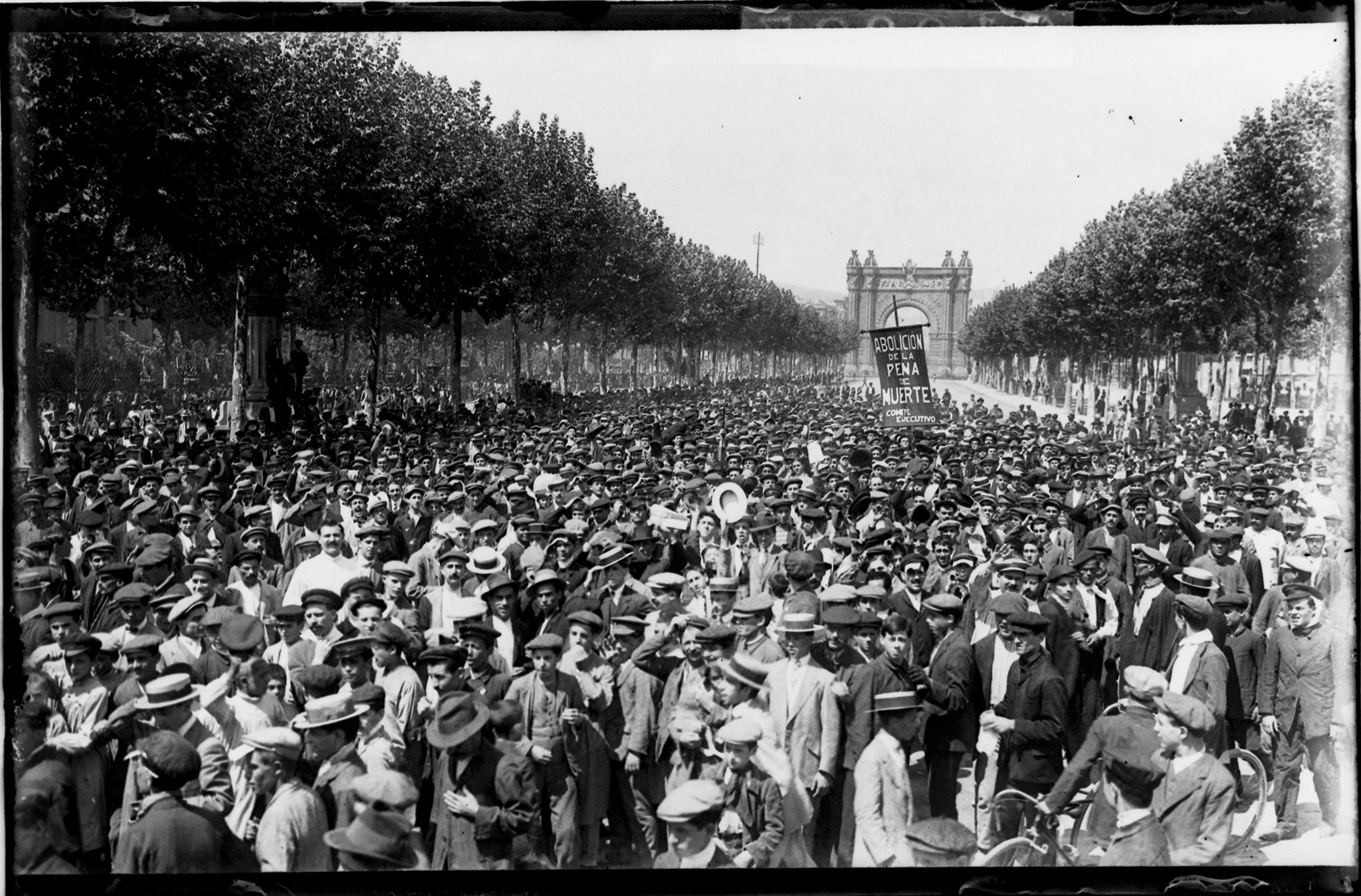 In 1911, only two years after the Tragic Week, came Catalonia's first experiment with illustrated newspapers. The honour belongs to La Tribuna, an evening newspaper that had been on the news stands since 1903, but which, having been acquired by the politician and businessman Joan Pich i Pon, announced to its readers a major change of direction: “LA TRIBUNA is to become an illustrated newspaper containing world news and every day it will publish a large number of images accompanied by extensive texts about current issues in the arts, science, theatre, literature, sport and fashion." 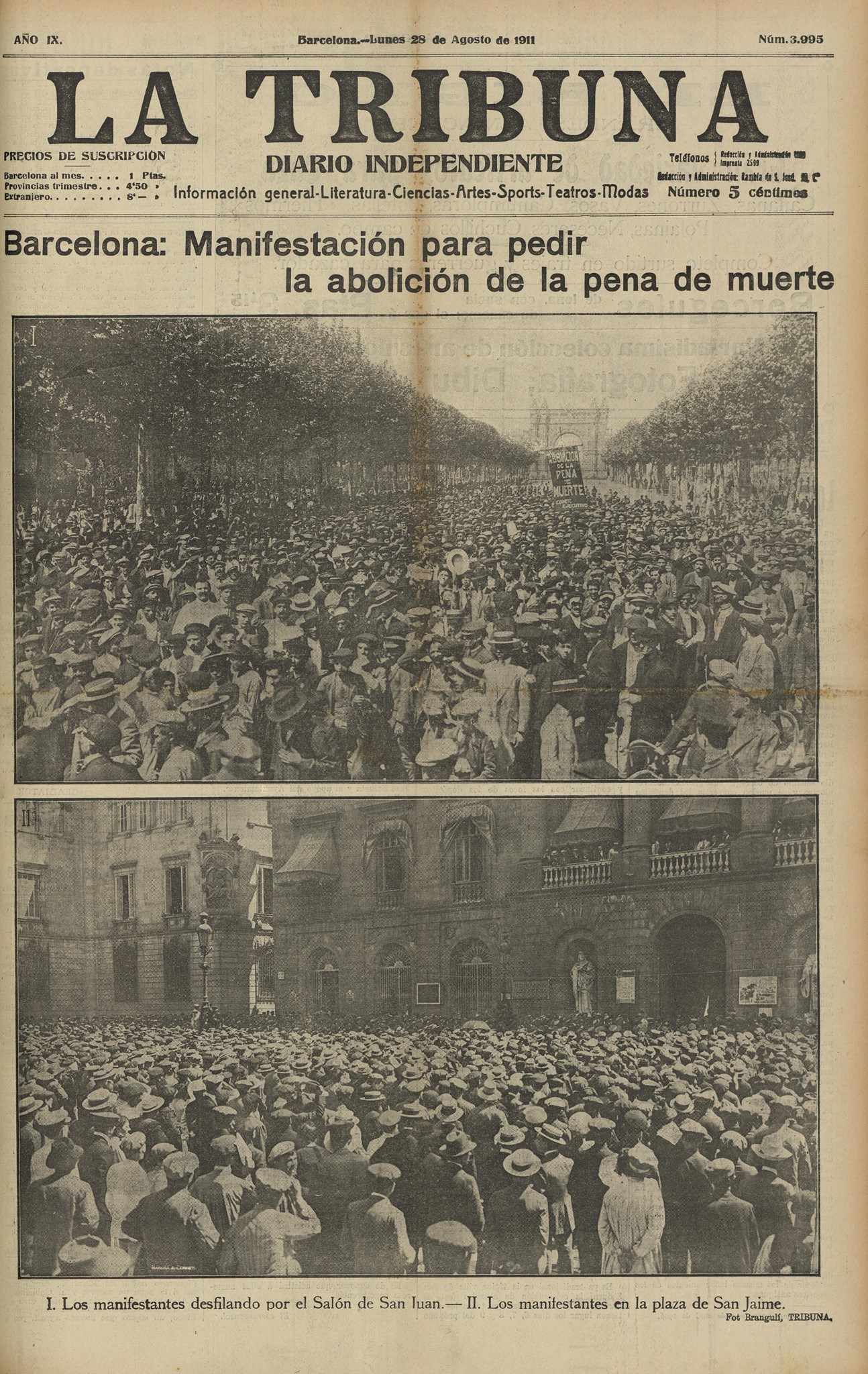 From then onwards the newspaper appeared with photographs on the front page, and sometimes these would cover the entire page. The inside pages contained numerous photographs on many varied subjects which competed with the texts on an equal footing. Joaquin Soler, Josep Badosa, Brangulí and Antonietti were amongst the photojournalists who contributed. 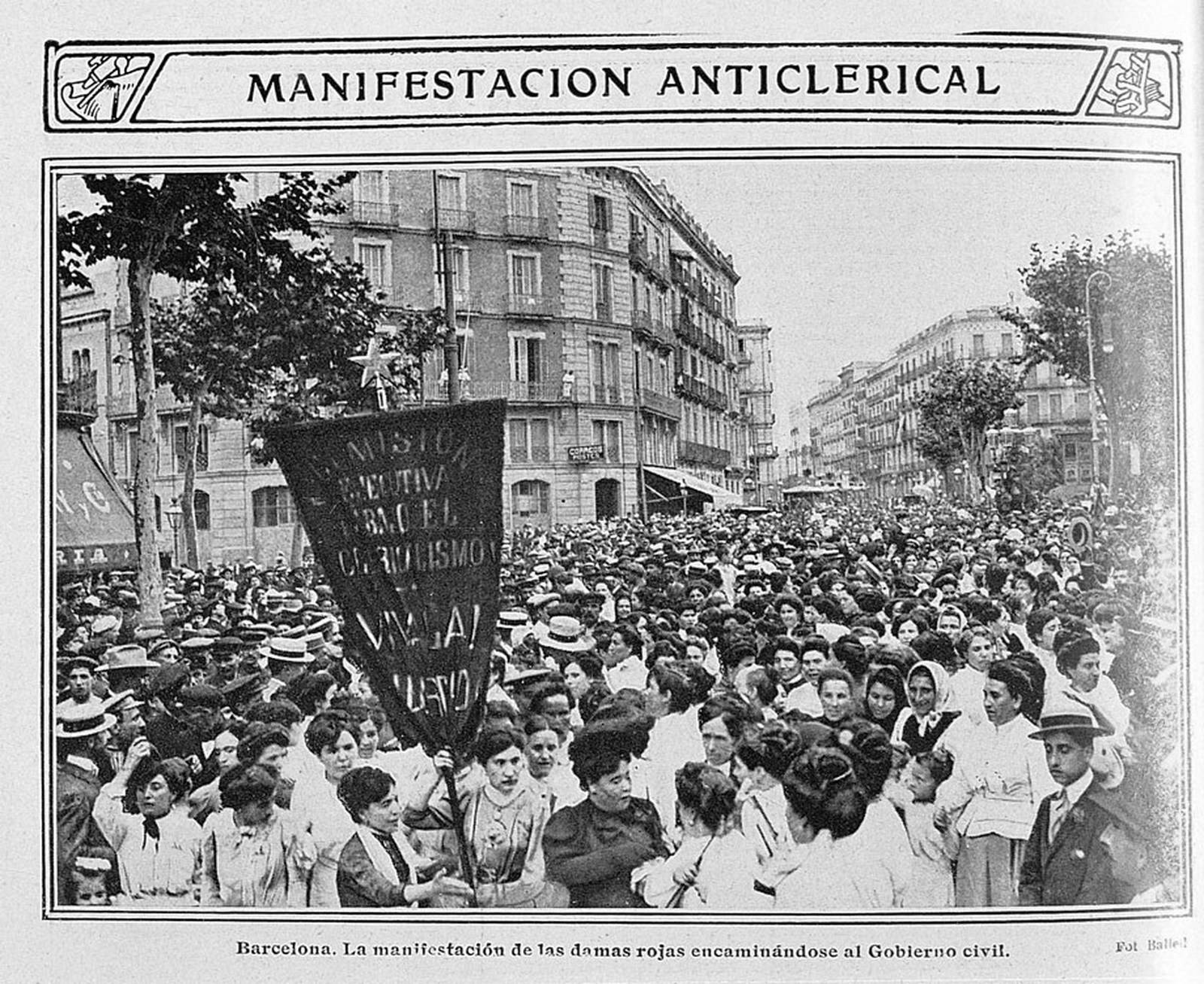 The success of La Tribuna's experiment led to the establishment of El Dia Gráfico, founded by the same Pich i Pon in 1913. He was decisively gambling on the success of  a large circulation morning newspaper based on the appeal of the photographic image. Before it was launched, it was heralded as, “the next journalistic event (...) “veritable daily illustration (...) with the absolute perfection achieved with the latest rotogravure system (...) a modern publication, useful, readable, interesting and indispensable for all social classes". Until the closure of La Tribuna, in 1919, the two newspapers shared journalists and staff. The project was rapidly consolidated during the First World War and El Día Gráfico was, for two decades, Barcelona's most stable venture in the field of the illustrated press. 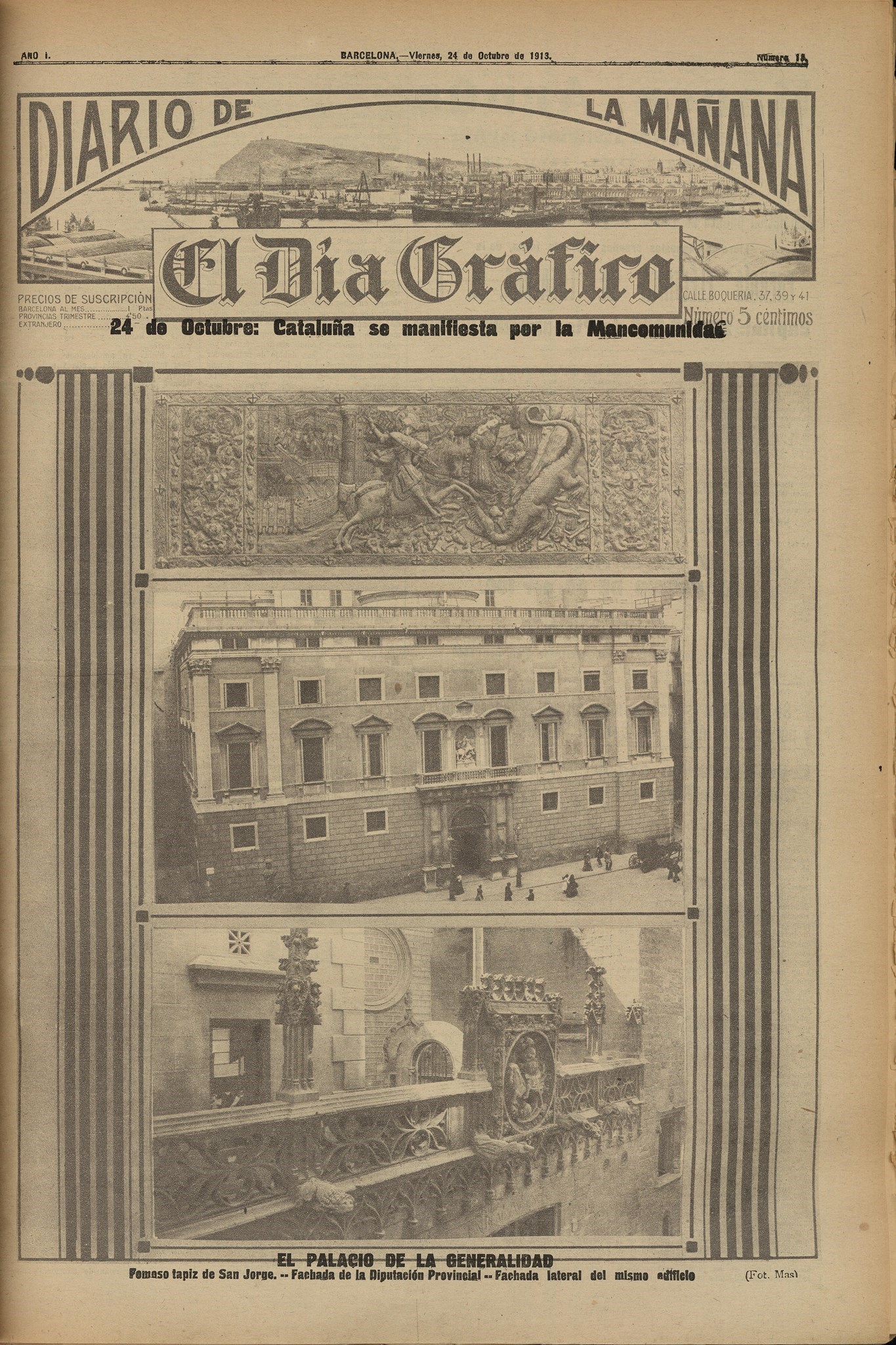 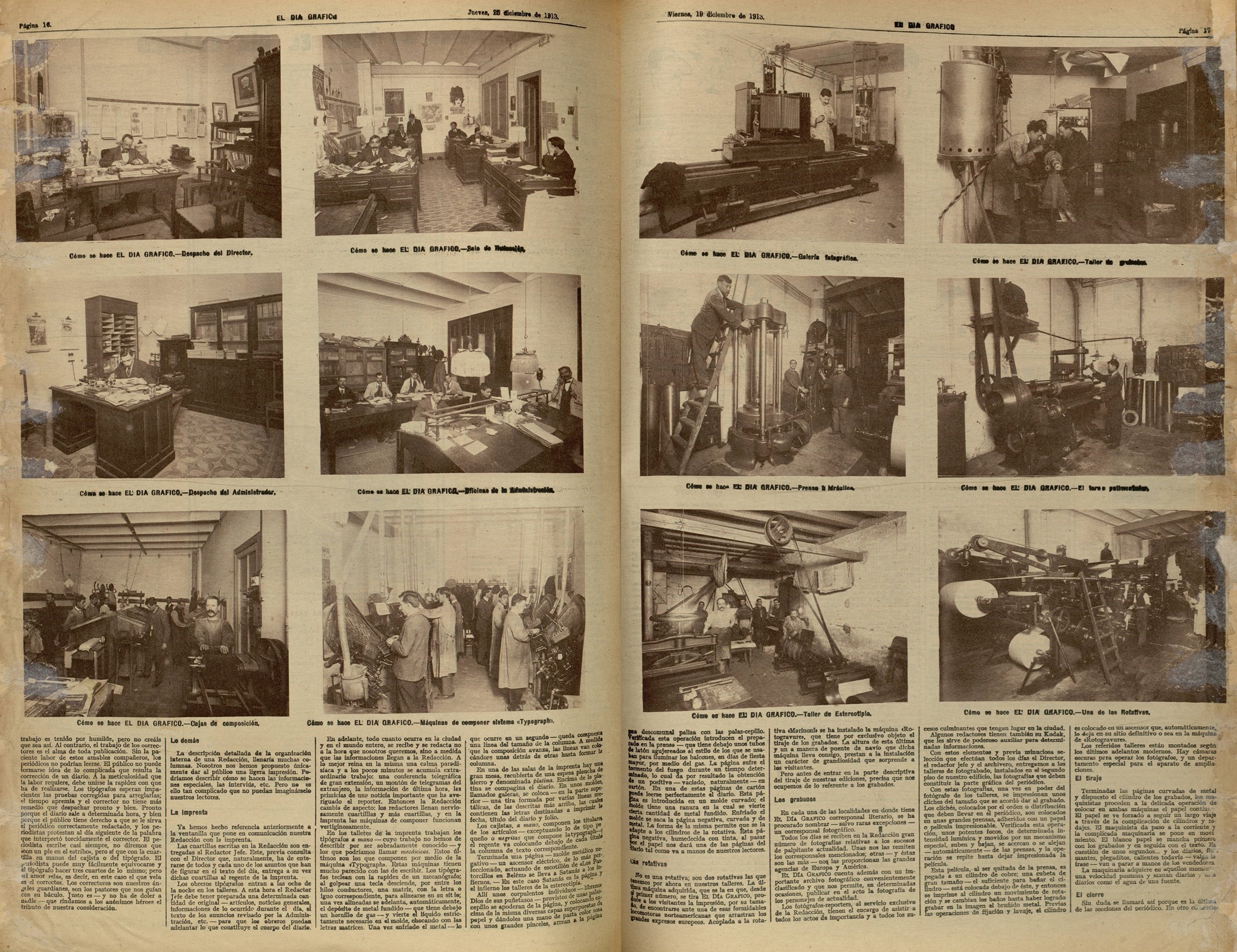