FLAÓ (a regional pastry) CONNECTION. Retrospective photographic exhibition about the Les Ports district in commemoration of the centenary of the Maestrat Cultural Association in Terrassa.

Real images of an imagined district

When an association reaches its 100th year it is a very important event, and even more so if the main purpose of that association is to provide mutual assistance. The 'Montepío de fills del Maestrat' in Barcelona (which has a local branch in Terrassa) will celebrate its hundredth year on 1 November this year. You might ask, "Why was this association founded?". Well, to address the insecurity felt by workers who were not covered by the state, or indeed by insurance companies, as they are now through the social security system. It was, therefore, a workers' mutual insurance company that covered illness, accidents, childbirth and death. Later on it also covered invalidity and long-term illnesses.

Many people from Les Ports arrived in Barcelona and El Vallès having had to leave their district because, on one hand, some important textile factories had closed after the First World War, and on the other, the agricultural and forestry industries could not support so many people. It has been calculated that between two and three thousand people left Les Ports for Terrassa alone and that in 1966 Montepío has 522 signed-up members.

In 1937 Montepío separated from Barcelona. The Statutes were changed but the name was retained. In El 1991 it ceased being a mutual and then it did change its name to the 'Maestrat' Cultural Association of Terrassa. To mark the centenary they wanted to make an impact with the publishing of this catalogue and they organised this exhibition in Morella and, in September, it will travel to Terrassa. In September there will also be an excursion to Morella, Sorita and La Balma Sanctuary. On 25 September there will be a mass and a fraternity dinner. Two books will also be published, one is a chronicle of the organisation's hundred years of existence written by Manuel Beser Jordà, which recounts and discusses the historical and social events that have taken place, and the other, by Laura Daví Carbonell, brings together images of the various attires of Our Lady of Vallivana. There will also be a performance by the group, Quico el Celio, el Noi i el Mut de Ferreries, who, it should be said, have an excellent song about the Moriscos forced to leave the Lands of the Ebro.

The origin of the mont de pietat (mount of piety) in Catalonia has its origins in the 17th-century French brotherhood. Can we now imagine what it felt like to relocate at the beginning of the 20th century? Surely they felt abandoned and isolated as they set up a new home in the outlying parts of town as they suffered the sadness of leaving their homes. They needed all kinds of material security, a social network of mutual solidarity (that is why the Montepío is also known as the Germandat, or 'brotherhood' or 'fraternity'), which would assist them in adapting successfully to their new surroundings. Many of those who came to our district were qualified textile workers and that meant that they could expect to have less miserable working conditions than the others. The Germandat fulfilled the function of maintaining the links between those who had arrived from Les Ports and it provided mutual assistance and solidarity while also facilitating the arrival of others. In fact it was the flaó connection, the first interpretation of the title of the exhibition. 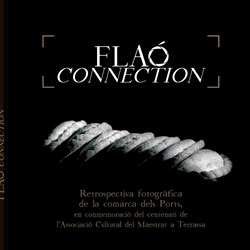 The founding of self-help associations was quite common during the early years of the 20th century in Catalonia and also, specifically, in Terrassa, where people from the Les Ports district settled and, as a group, established a similar presence to those from Aragon and Andalusia and other parts of Spain. Because the flaó connection works. What is more surprising is that the association they founded is still going today. It is also surprising that somebody would be able to motivate so many people as Julio Carbó did for this exhibition. Although, if we think about it, he had already overseen publications and exhibitions of even greater importance such as the recent 'One Day, one photo: 31 photographers, 365 days, Catalonia 2014'. Now he has sought to make a visual journey through the photographic history of the district of Les Ports from the first documented image, taken around 1870, to the present day. This collection is almost contemporary with the history of the Maestrat Cultural Association in Terrassa. There were 17 photographers (because the district has 17 villages) who provided around 200 photographs, portraits of the people, their traditions, the surroundings, their trades and so forth. Each photographer contributed images that reflected their own talent, their own point of view and their own technique, but, above all their images express the heart and soul of someone who loves the land of their birth. An interesting fact should be mentioned here. The three generations of photographers from Vilafranca, known by the name of Gaches, have been taking photographs professionally ever since 1944, and continue to do so. 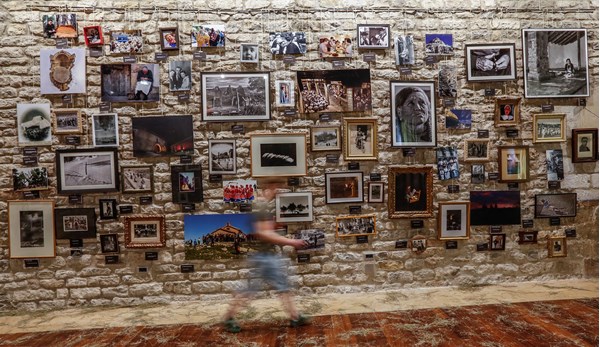 If we would like to examine the interpretation of the flaó connection further, we could ponder why people in Aragon call these pastries tortas de alma and why Vázquez Montalban, in Los mares del sur, writes that the flaó represents the highest pinnacle of all the pastries in the Catalan Lands. Is flaó more than the soul? And, since we are talking about anniversaries, let's remember that this year marks 700 years since Ramon Llull died and that it was Llull who wrote the first reference we have of the word flaó, in his book Llibre d’Evast i Blanquerna, which he wrote between 1283 and 1285. Aloma, Blanquerna's mother, gives her son, “roast meat to go to school with in the morning, along with a flaó, in case he felt hungry afterwards".

Is the flaó an allegory of the Montepío? It is the pastry that encloses the delicate cottage cheese that people are? Are sugar and cinnamon the myth of return, the emotional links and the idealised memories of an place that became inexistent when people left? Miguel Fernández (2005: 15) expresses this sweetened view very well:

"It is a question of building a common memory, a folkloric construction. An almost fetishistic establishment of icons, symbols, traditions and folklore, away from the place where they came from. The lack of any arousing “interference” tends to strengthen the feeling of belonging to an imaginary community. This community, being an imaginary one, has only good consequences for those who belong to it (in the face of another community of locals which is often hostile), since the myths are rewritten and the classic accounts of things pertaining to the place of origin are carefully cleansed of any distortions. Forgetfulness forms part of the new collective memory."

Only those who have had to leave their homes know the trauma of it. And a 'pseudo-emigrant', such as I am, tries but clumsily to imagine it. The photographs in this exhibition show us the real land they had to leave.

From 14 August until 1 November the exhibition will be at the Council Chamber of Morella Town Council.

From 24 September until 23 October the exhibition will be at the photography club room in Terrassa Cultural Centre.

The photographers who have participated in the exhibition are, in chronological order: 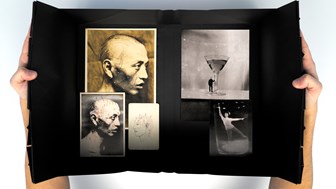 More than just photos in books...