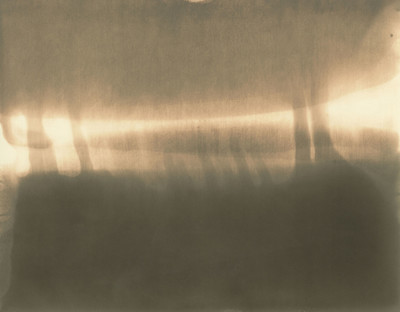 The person persona who took the first daguerreotype of the Pla de Palau in Barcelona on 10 November 1839 was called Ramon Alabern i Moles. He was born in Begues (Barcelona) on 18 December 1811 amongst a family of engravers1. Ramon was the younger brother of Pau (1804-1860), grandson of Pere Pascual Moles Coronas (1741-1797), the Valencian engraver who was the first director of the new Drawing School at the Llotja Board of Trade, and son of Mariana Moles and Pau Alabern, who was, according to the baptismal records, a teacher of literacy.

There is a great deal of confusion about Ramon's name, surname and details, not only in photography history books, but also in those dealing with engraving. Although the first biographers, who were his contemporaries, such as Manuel Ossorio y Bernard (Galería biográfica de artistas españoles del siglo XIX, Madrid, 1883-1884) and Antonio Elías de Molins (Diccionario biográfico y bibliográfico de escritores y artistas catalanes del siglo XIX, Barcelona 1889) recorded his names correctly, the most common error is to call him Ramon Alabern Casas, giving him a second surname that corresponded to a nephew (Camilo, 1825-1876), Pau's son and also an engraver. However, research for the exhibition El daguerreotip. L’inici de la fotografia (Barcelona, 2014) has made it possible to clarify this point and to situate Ramon in time, thanks to unquestionable documents which make it possible to broadly trace his professional career.

The reason for his birth and baptism in Begues, while his siblings were born in Barcelona and were baptized in the parish of Santa Maria del Pi, can be attributed to the Peninsular War and the fact that in 1811, the small village of Begues (in the Baix Llobregat, some 25 kilometers from Barcelona and relatively isolated in the mountains) was a safer place for the Moles family to be than the capital. 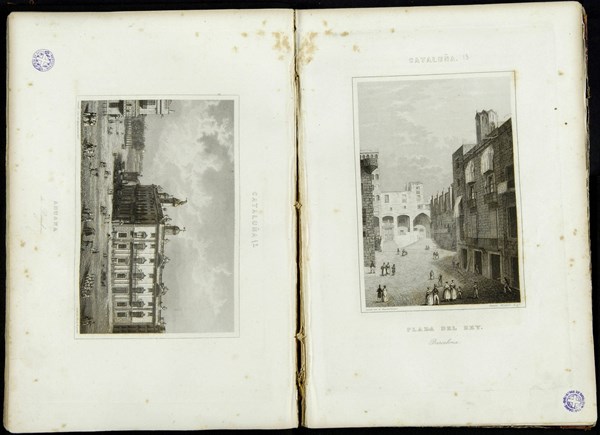 Ramon was educated at the Llotja school, where he studied from 1825 to 1833, being awarded prizes for “figures copied from designs and engravings" and “drawings of plaster models", according to this institution's records.

Continuing the example of his grandfather, something that was quite common amongst young people who wanted to be artists in the 1830s, Ramon travelled to Paris, where he studied cartographic engraving and, according to Ossorio y Bernard (Galería biográfica, 1883-1884), he also performed some work for the Dépôt de la Marine, although, thus far, it has not been possible to verify this because, apparently, the Service Historique de la Défense to which the former Dépôt Général des Cartes et Plans de la Marine et des Colonies was ascribed, has not kept the relevant documentation. What is known is that in 1839, when Daguerre made his invention public, Ramon was in Paris, learned the technique and made some plates, at least of the Madeleine church, which he later showed to members of the Academy of Science in Barcelona on 6 November.

After returning to Barcelona, making the first daguerreotypes in 18392 and teaching a course, Ramon devoted himself to engraving with his brother Pau and both therefore appear in the Guías de forasteros of 1841 and 1842, amongst the “thin plate engravers in steel, copper and etching solution”, located in Baixada de Viladecols3. Ramon made engravings for the volume devoted to Catalonia entitled España Pintoresca (obra pintoresca en láminas ya sacadas con el daguerreotipo, ya dibujadas del natural, grabadas en acero y en boj por D. Luis Rigalt, D. José Puiggarí, D. Antonio Roca, D. Ramon Alabern, D. Ramon Saez, etc.) by Pi i Margall (published in Barcelona in 1842). With Pau he made, amongst others, the chalcographic engravings for Escenas de la revolución y bombardeo de Barcelona en el año 1842.Colección de láminas finas en 4º de marca mayor, published in 1843, with a text by Josep Puiggarí (1821-1903), and he had also produced the drawings of the November riots. With Pau Alabern and Antoni Roca Sallent (c. 1800-1864) he also made engravings for Historia de España desde el tiempo primitivo hasta el presente, by Charles Romey, which was translated and published by Antonio Bergnes de las Casas in Barcelona (1839-1845).

Probably in search of a career as an engraver independently from his brother Pau, who was renowned in Catalonia in this field, Ramon moved to Madrid at the end of the 1850s, or at the beginning of the 1860s. On 2 May 1858 he was godfather at the baptism of his niece in Barcelona (Carmen Rosa Dolores), Pau's daughter and the Madrid citizens' register for the years 1875 and 1881, when Ramon and Josefa were registered, indicate that it was between 1861 and 1863 when they moved to Madrid.

Ramon Alabern Moles worked for the rest of his life as an engraver in Madrid. Although, at the beginning of his career in Barcelona he produced architectural engravings (La Plaça del Rei in Cataluña, by Pi i Margall, based on a daguerreotype, the Patio de los Leones in Granada and the mosque in Cordoba in Historia de España), and continued to produce some scenes depicting people, he mostly devoted himself to making maps, illustrating atlases, geography manuals and English and Spanish calligraphy techniques. Because of his cartographic work he came into contact with the military and the Madrid citizens' register notes that he provided services for the Depósito de Marina (an activity we are still investigating). He lived in the centre of Madrid in the Juanelo district, Calle Cabeza, 8, near Lavapies.

Ramon died in Madrid on 28 January 18884 and was buried at the cemetery of Sacramental de San Lorenzo y San José (tomb No. 108 of the lower San José enclosure, according to register No. 7639), in an area where, unfortunately, the grave markings have disappeared.

His son, José Alabern Raspall, who was a doctor, hygienist, military doctor, and doctor to the royal chamber until 19295, as well as being a bibliophile and painter (according to Apel·les Mestres), had a good library and probably a collection of engravings and drawings, but his death in 1937 has complicated further research.

1. Ramon Domingo Manuel Alabern Moles, baptised at the church of San Christofol in Begues, on 20 December 1811, born “two days earlier” (on the 18th), son of Pau Alabern, “Mestre Real”, from Sant Baldiri de Llobregat (today Satboy) and Marianna Molas (sic), from Barcelona, residents in Begas; the godparents were his brother and sister Joan and Francisca Alabern. Begues, Parish Archive, Book of Baptisms, 1772-1857 (9A), No. 148.