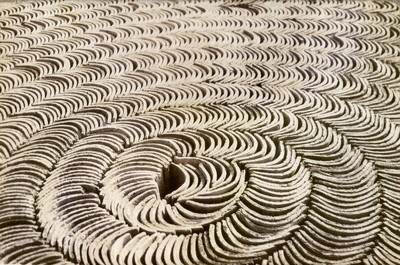 RIGHTS OF THE AUTHOR

What are the rights of the author?

The rights of the author are the rights that are granted to any author through the mere fact of creating a work and which allow them to have the monopoly on deciding what can be done with the work. Under the current legislation, the author has two types of rights, moral rights and rights of exploitation. Intellectual property law also grants rights to natural persons or legal entities who make those works available to the public such as performers, radio broadcasters, producers of phonograms, and others. These rights are neighbouring or related rights.

What are moral rights?

The moral or personal rights are the rights that are closely tied to the author because they are irrevocable and inalienable. The first moral right is the right to decide whether the work should be published and how this should be done. The moral right of attribution of authorship, by which an author can always require this recognition, and the right of integrity of the work, which prevents any alteration of the work that could be detrimental to the author, should be noted.

What are the rights of exploitation?

The rights of exploitation, also known as property rights, are the rights that allow authors to determine how a work is used, and especially the recognition of exclusive rights to reproduce and distribute the work, as well as to communicate it publicly and to transform it to create a derivative work, except in the cases provided for in the applicable law, known as limitations. The rights of exploitation can be transferred to other people.

How are the rights of the author transferred?

How long do the rights of the author last?

One feature of the rights of the author is that they have an expiration date. Although there are two moral rights, the recognition of authorship and the integrity of the work, which never expire. However, the rights of exploitation do come to an end and have a duration of the life of the author plus 70 years. On the death of the author the exploitation rights pass to their heirs. In the case of authors deceased before December 7, 1987 the term of the exploitation rights is up to 80 years after the death, as established in the law of intellectual property of 1879.

What is the public domain?

The public domain is the situation where a work is not subject to any exploitation rights. When a work is in the public domain, it can be used freely as long as the two moral rights that endure are respected: the attribution of authorship and the integrity of the work.

What creations are protected by intellectual property law?

The law protects those works which are creations that have originality. The ideas or the facts will not be protected but the expression of the ideas or the facts in a tangible or intangible media may be considered works. In addition to the works, the law also protects some benefits such as performance or retransmission of works, as well as protecting those known as mere photographs.

What is a mere photograph?

Whose are the rights when a work is photographed?

When we photograph a work that is subject to exploitation rights, with some exceptions included as limitations of the rights of the author, we have to ask permission from the holders of these rights if we want to publish the photograph. One of these limits is the so-called freedom of panorama which allows works located permanently in public to be photographed and to be published without having to request any kind of permission.

Freedom of panorama in Europe?

This exception or limitation to the rights of the author, which allows the publication of photographs of works permanently located in public spaces is not the same across the whole of Europe. There are countries where it does not exist and there are others where there are restrictions on the type of work that may be photographed or the use that may be made of the photograph.

What happens when people appear in the pictures?

It should be borne in mind that, in a photograph, not only are there the rights of the author but that there may also be image rights. For this reason, when you photograph people you must have their consent except in certain situations such as public events or when the people photographed have a public position or significant notoriety.

What are the Creative Commons licenses?

These licenses are legal texts that authorise certain uses of a work or benefit and establish certain conditions. Thus, the licenses grant some rights so that the receiver may use the work or benefit beyond the provisions of the law as a limitation. It should be noted that the author or owner maintains the ownership of the rights as it is a non-exclusive transfer.