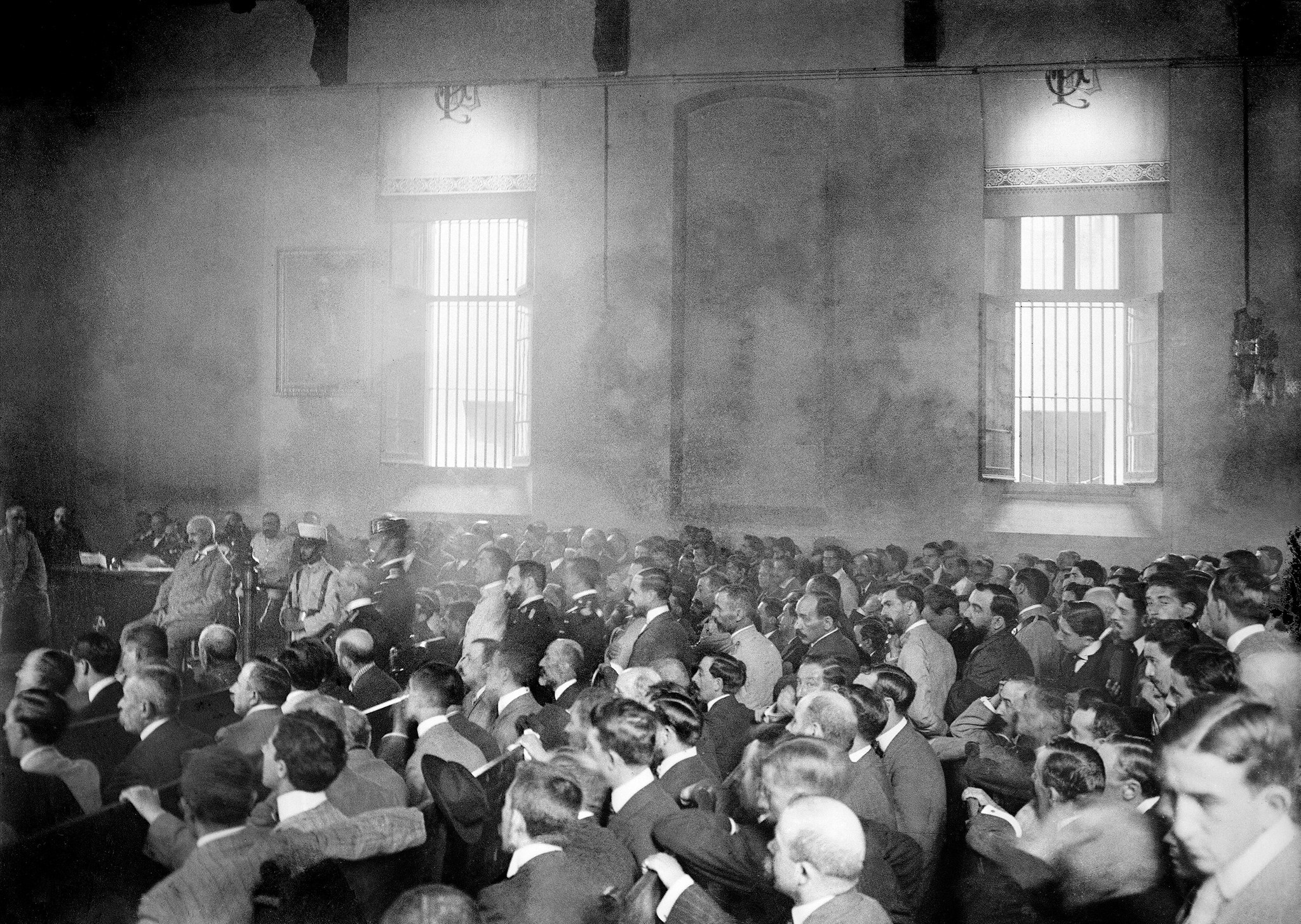 Months after that bloody July the founder of the Escola Moderna (Modern School), Francesc Ferrer i Guàrdia, was executed by firing squad at Montjuïc Castle, accused of being the instigator of the revolt. The military trial to which he was subjected, and his death sentence on the basis of more than dubious evidence, shook parts of public opinion around the world. The trial left us with another unforgettable photograph, one which brought Alessandro Merletti, who had already made a name for himself in Barcelona's world of journalism, to even greater prominence. In October 1909, Degà, as he called himself, managed to enter the courtroom, having eluded the strict security measures intended to prevent the presence of photographers. With a tiny camera of his own invention, which he had concealed under his clothing, he managed to take a photograph of the accused whilst he was awaiting sentence. 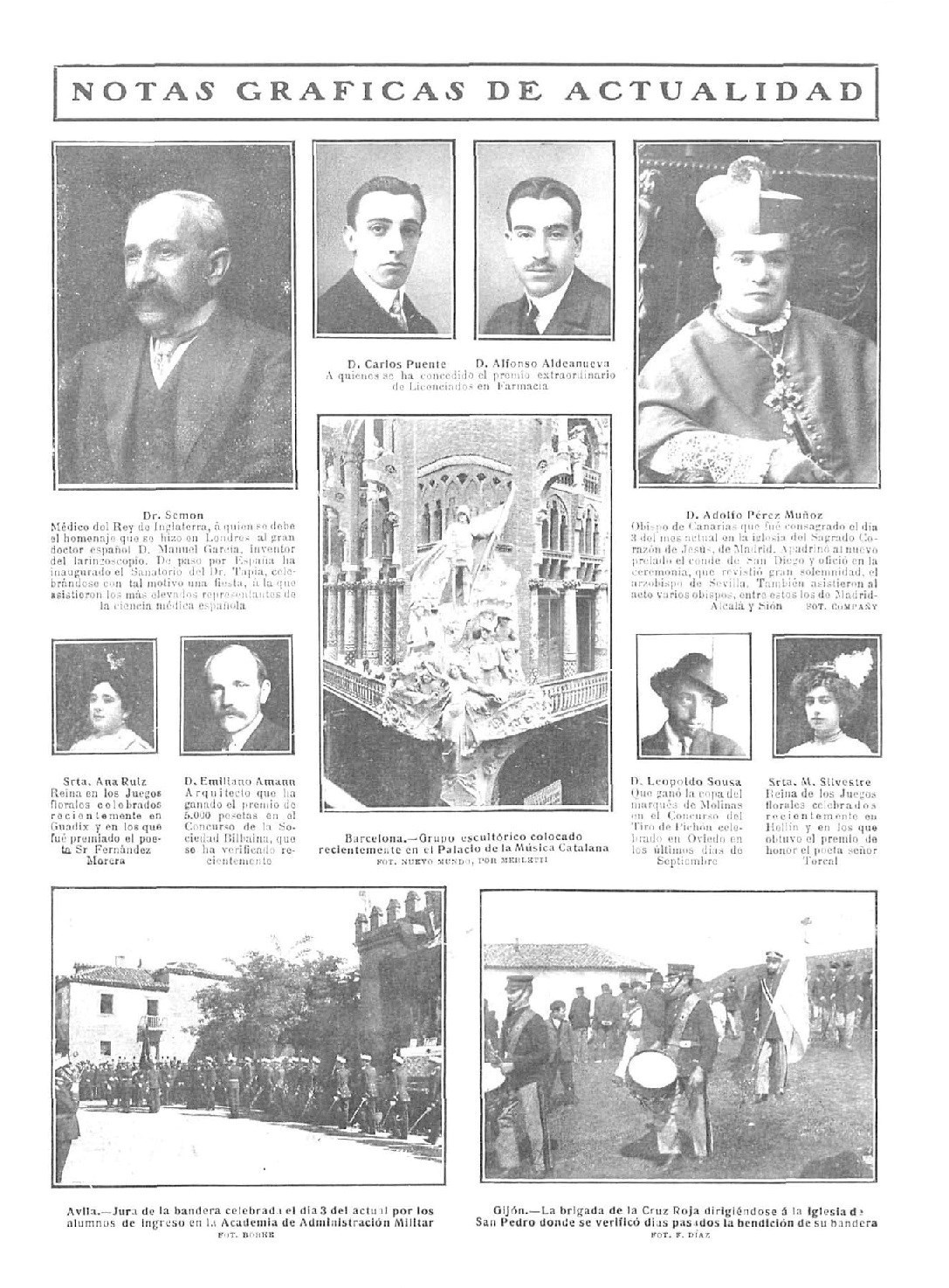 A watchmaker, photographer, inventor and showman, Merletti was a kind of legendary figure in Barcelona during the first decades of the 20th century. His great popularity was the result of his extrovert, ingenious and enterprising character, as well as the increasing social influence that his profession was beginning to experience at that time. 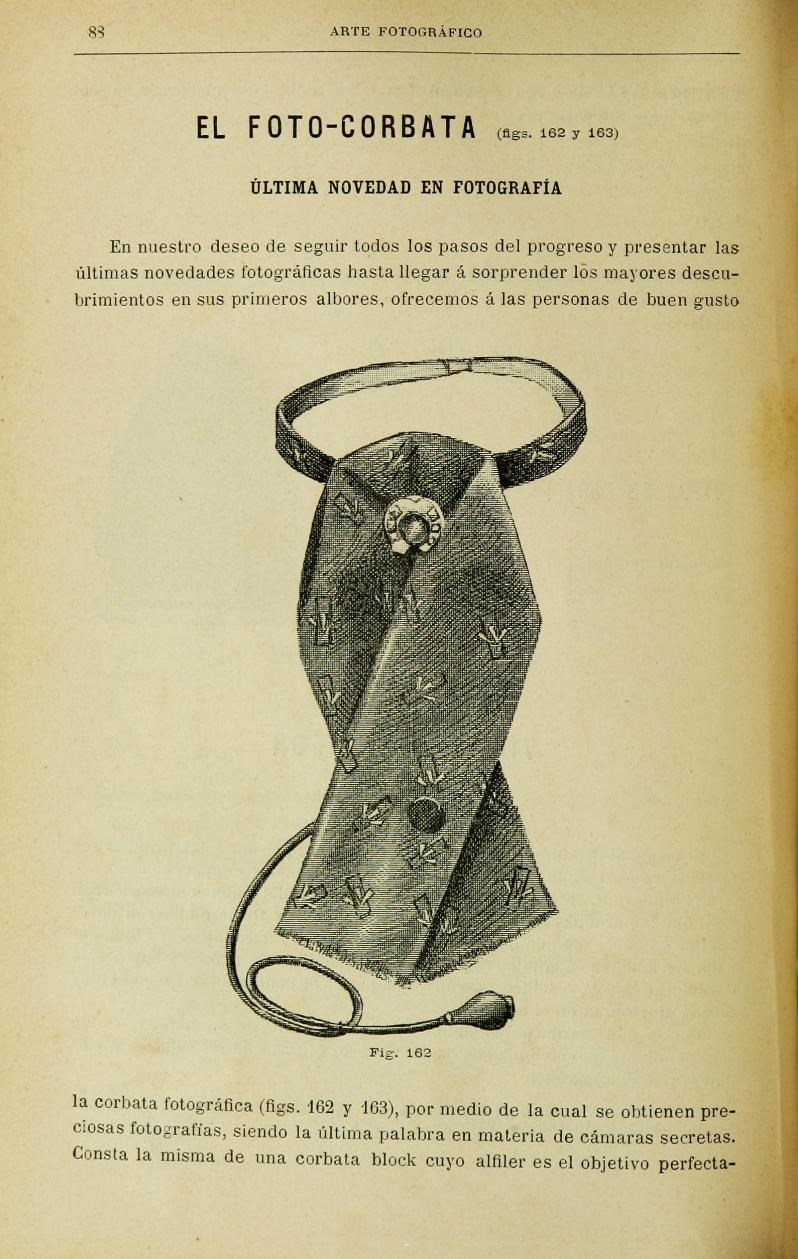 Tie-camera, similar to that used by Merletti to photograph Ferrer during the trial.

Throughout his long and extensive career he worked for dozens of publications including, during the early years, La Hormiga de Oro, L'Esquella de la Torratxa , El Día Gráfico, as well as for the publications of the Madrid group, Prensa Gráfica S. A., Nuevo Mundo, Mundo Gráfico, La Esfera and Crónica, in which he published photographs about what was happening in Barcelona throughout his career. He received regular commissions from prestigious foreign publications such as L’Ilustrazzione Italiana, the London Daily Mirror and the French L'Ilustration, combining advertising and institutional work, such as the production of a photograph album for the International Exposition in Turin in 1911. 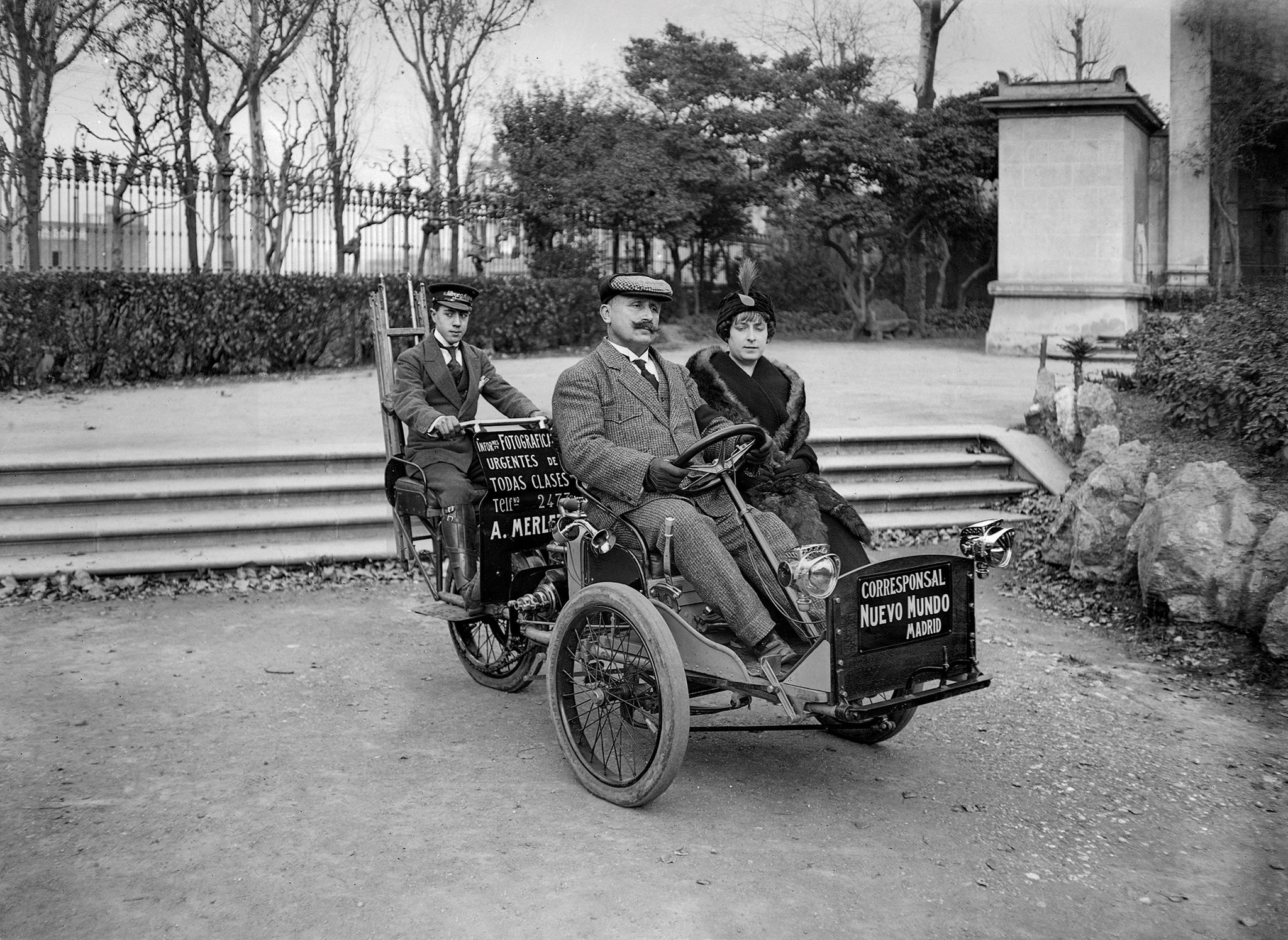 Alexandre Merletti with his wife and assistant, Manuel Mateo, in his correspondent's car in the Ciutadella park. (IEFC)