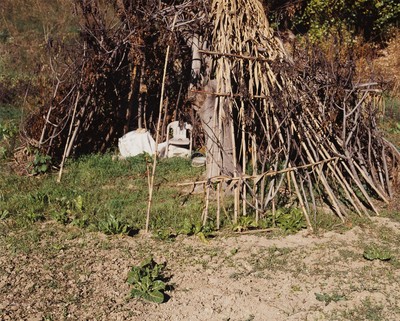 Humberto Rivas was born in Buenos Aires in 1937. From 1976 until his death in 2009 he lived and worked as a photographer and teacher in Barcelona.

Humberto Rivas was the grandson of Italian and Portuguese immigrants (he learnt Portuguese from his grandmother, a launderer by profession) and the son of textile workers, a trade he worked himself at the age of 13, at that time spending the weekends training with his father to become a circuit cyclist. At the age of 16 he took a correspondence course in drawing and sold his bicycle in order to purchase an artist's easel. A year later he started working as an apprentice in an advertising agency and this enabled him to buy his first camera, a 35 mm fixed-lens Argus. In 1959 he bought a 6 x 6 Rolleiflex which enabled him to take on more ambitious challenges.

In 1958 he held his first exhibition of drawings and paintings at the Galeria Lirolay and, the following year, he held his first photographic exhibition at the Galeria Galatea. In 1962 the designer and sculptor Juan Carlos Distéfano, then the director of the Design department at the Instituto Torcuato Di Tella in Buenos Aires, invited him to direct the Photography department at this legendary centre of contemporary art. During the 1960s and '70s many of Argentina's prominent artists passed through this school and Rivas made sure he took many photographs of them. At that time he was influenced by Richard Avedon and Diane Arbus.

Examples of his work at this time are his portraits of the Argentinian artist Roberto Aizenberg taken in 1967 in a Buenos Aires rubbish tip and a portrait of Jorge Luis Borges in 1972. Juan Carlos Distéfano, Roberto Páez, Rubén Fontana, La Polaca and the Grupo Lobo were some of the other outstanding figures of the cultural life of Buenos Aires who were photographed by Rivas at that time.

The experience he accumulated enabled him to develop his own aesthetic, one that was inclined towards discovering the hidden side of the person being portrayed. Later on he would introduce the mystery of identity and the poetry of silence and absence into his work. The close friendship he had at that time, and until his death, with the photographer Anatole Saderman, whom he considered his maestro, was of transcendental importance for his development as a photographer.

Rivas was passionate about cinema, especially the films of the director Ingmar Bergman, and he admired Sven Nykvist, his cinematographer, for the way in which he handled light.

In 1974 he travelled, for the second time, throughout the north of Argentina. Resulting from this journey was the collection of photographs, entitled Norte, of the people and landscapes of Tucumán, Salta and Jujuy. During the course of these travels he began to adopt the themes and ways of working that he would continue to develop over the course of his photographic career.

In 1976, after the military coup d'état in Argentina and the implementation of state terrorism, Rivas, who found violence intolerable, moved to Barcelona with his family thanks to the support of the artist América Sánchez who already resided there. His arrival from Buenos Aires in February 1976 was of great significance for Barcelona's cultural life as the impact his work brought together all those who wanted to highlight the value of creative photography, something which, at that time, occupied a marginal position with respect to other artistic disciplines. In 1982 he played an active role in launching the first Barcelona Photographic Spring, a pioneering event in Spain that would lead to a reassessment of the concepts and parameters of contemporary art and situate photography at the head.

Rivas combined his creative work with teaching. He came into contact with the new generations of photographers who felt the stimulus provided by his work and experience, and dynamic and creative groups grew up around him that saw in him a strict and receptive spirit and considered him to be a maestro of pure photography. Rivas continued to work as a portrait artist in Barcelona and received commissions to portray many outstanding figures in Catalonia such as Joan Miró, Josep Tarradellas, Frederica Montseny, Charlie Rivel, J. V. Foix, Salvador Espriu, Joan Brossa and Antoni Tàpies.

For Humberto Rivas every portrait was a challenge, the challenge being to give form to his own vision and go beyond any stereotypical image his models might adopt in his studio. At the same time he was exploring landscape photography, ever more intensely so, especially urban landscape photography. During the 1970s and '80s he evoked the passage of time with poetic intensity and this, together with the way he handled light and his technical precision, made the images he produced icons of contemporary art.

Other subjects also attracted his attention, such as still lifes with withered flowers or isolated objects abandoned in space and time. The way he dealt with these images shows his admiration for the paintings of Rembrandt and Dürer, as well as for the still lifes of Francisco de Zurbarán.

At the 1994 Arles photography festival he was invited to produce an audiovisual about Jorge Luis Borges in which Rivas portrayed the writer in a hundred slides, some of them taken in the Recoleta cemetery in Buenos Aires. In his maturity he delved deeper into the poetry of Fernando Pessoa, being guided by his creative thoughts, his poetry and the Livro do Desassossego. He also admired Marcel Proust's À la recherche du temps perdu.

He had been moved by the spirit of the Spanish Civil War since his youth and in 1999 he gave creative expression to this through the photographs he took depicting the continuing repercussions of the conflict. In Huellas de la Guerra Civil española (Imprints of the Civil War) he shows the signs of a time past that is still visible in the present, and documents their repercussion on our surroundings, managing in this way to transmit something invisible with subtlety. He speaks to us in silence through faces, walls, houses and landscapes which, although having survived that seemingly far-off tragedy, still show vestiges of pain and constitute a part of Spain's silent history. Belchite, Corbera d’Ebre, Figueres and Lleida are some of the places where the photographs were taken.

In the introduction to the series entitled Empremtes que ens miren (Imprints that look at us) the philosopher Nelly Schnaith wrote, "Many things have been said about the close relationship photography has with death. The click of the camera shutter executes because it immobilises the very components of life, what is to become in time and space. Curiously, the photographs in this exhibition that have death itself as their subject produce the opposite effect: giving death to death they give life to that which is dead. These photographs, which are half testimony and half document, also create a fictional scene, they illuminate an imaginary space which increases the veracity of the document, preserving it for the future, when the memory of these modest beings, these poor and stripped landscapes, will not even have the support of their imprints. When history and delirious urban expansion have, in fact, erased them leaving no trace, Rivas's photographs will look at us on their behalf and show that which, without knowing, they must be aware of in their heart of hearts: our memory is more important and longer-lived than we are". These photographs have a direct bearing on the viewer's conscience, their intention being that we be aware of the suffering that this, and all other wars, cause. This work, with its ethical and critical content, is an anti-war testimonial and a denunciation of violence in general. The complete series contains 56 photographs. Humberto Rivas, well versed in art history, was a great admirer of Goya and his Desastres de la guerra.

In 2006 the Museu Nacional d’Art de Catalunya in Barcelona held a retrospective exhibition of his work.

In the last photographs he took, between 2000 and 2005, Humberto Rivas emphasised the subtleties of black and demonstrated his mastery of chiaroscuro in very important works. He ended his career as a photographer with works that establish a dialogue between that which is primordial and that which is subtle. Some of these photographs are reproduced in the catalogue Iluminar produced for his last individual exhibition held in 2008.

His work is included in important Spanish and international collections and has been published in numerous books about him. 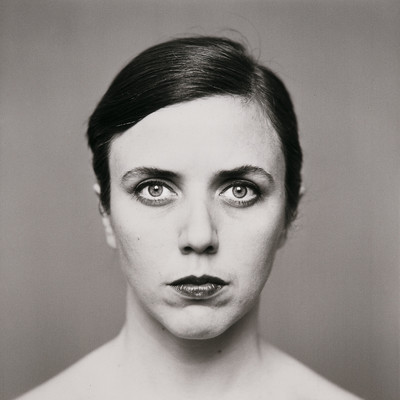 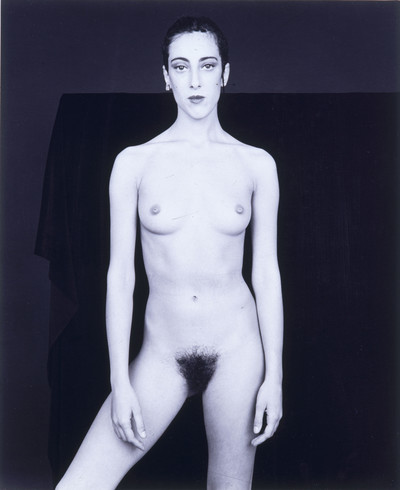 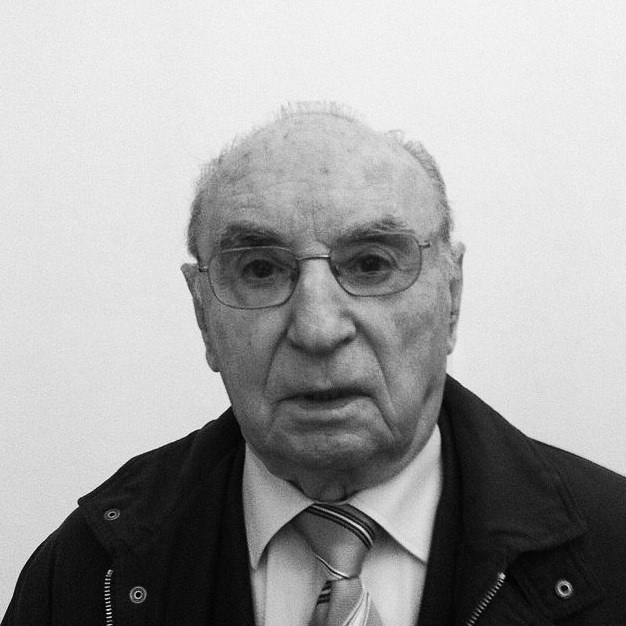 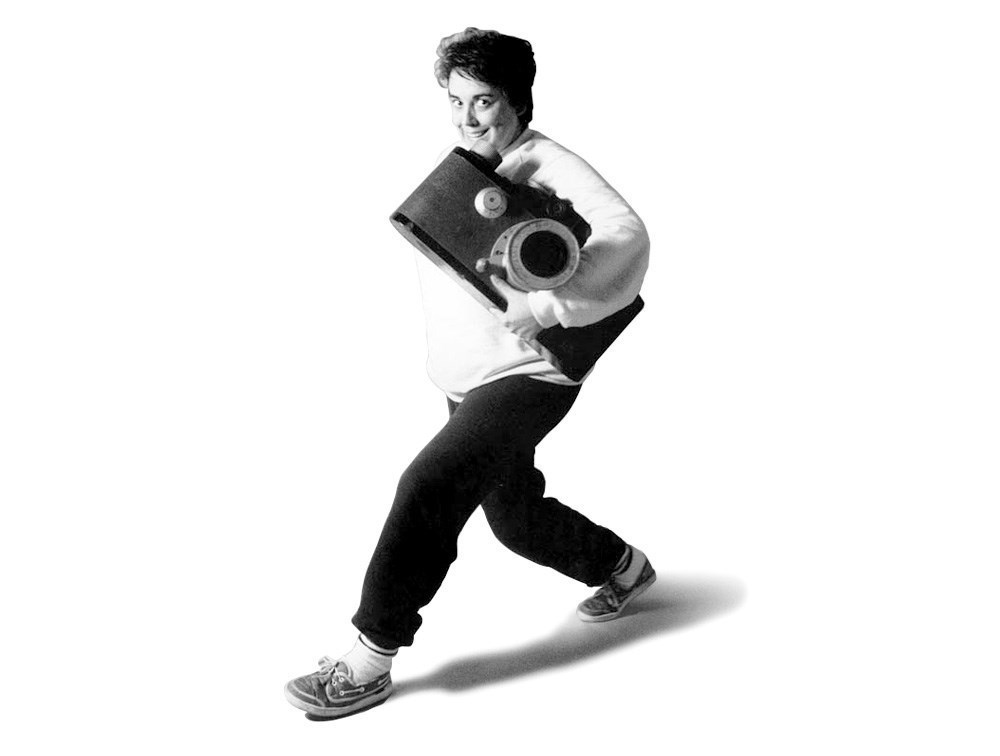 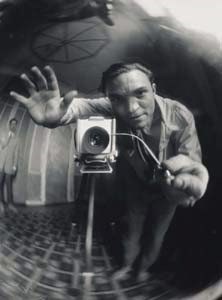 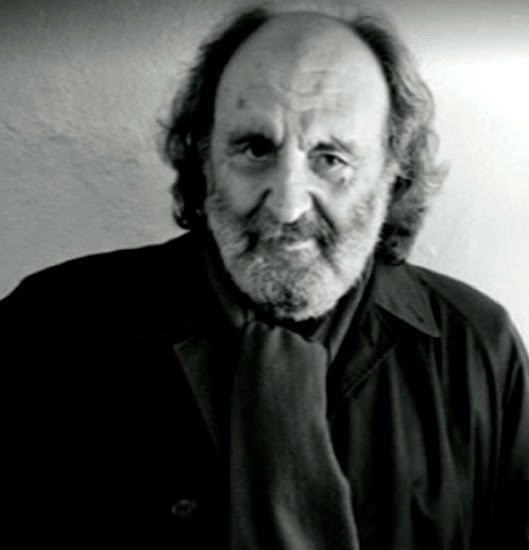 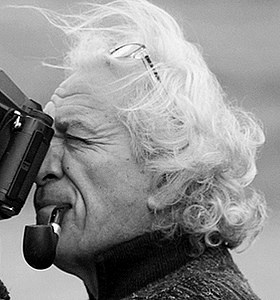 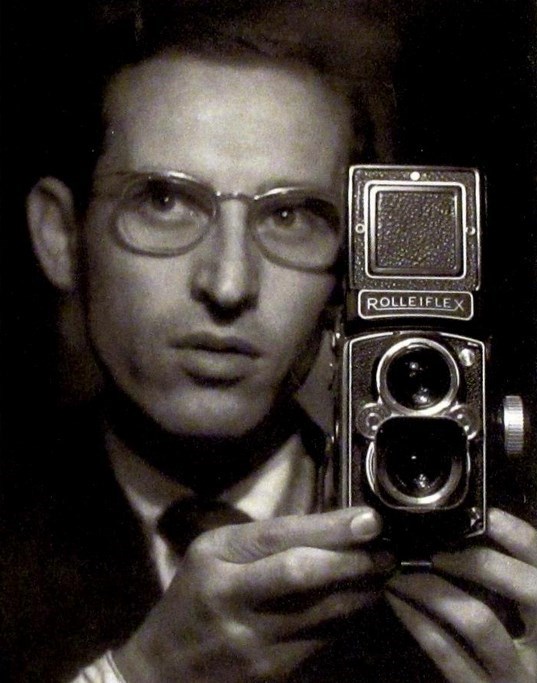 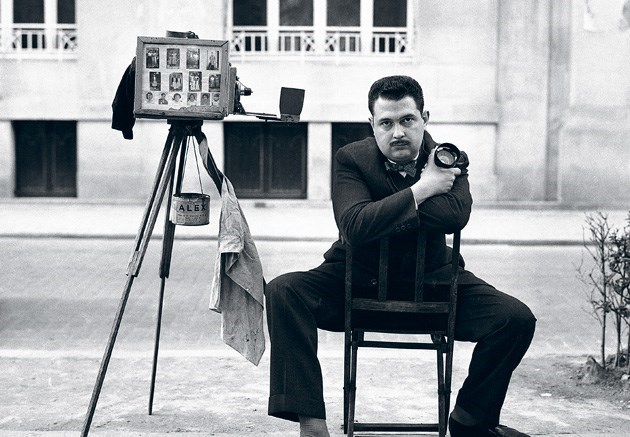 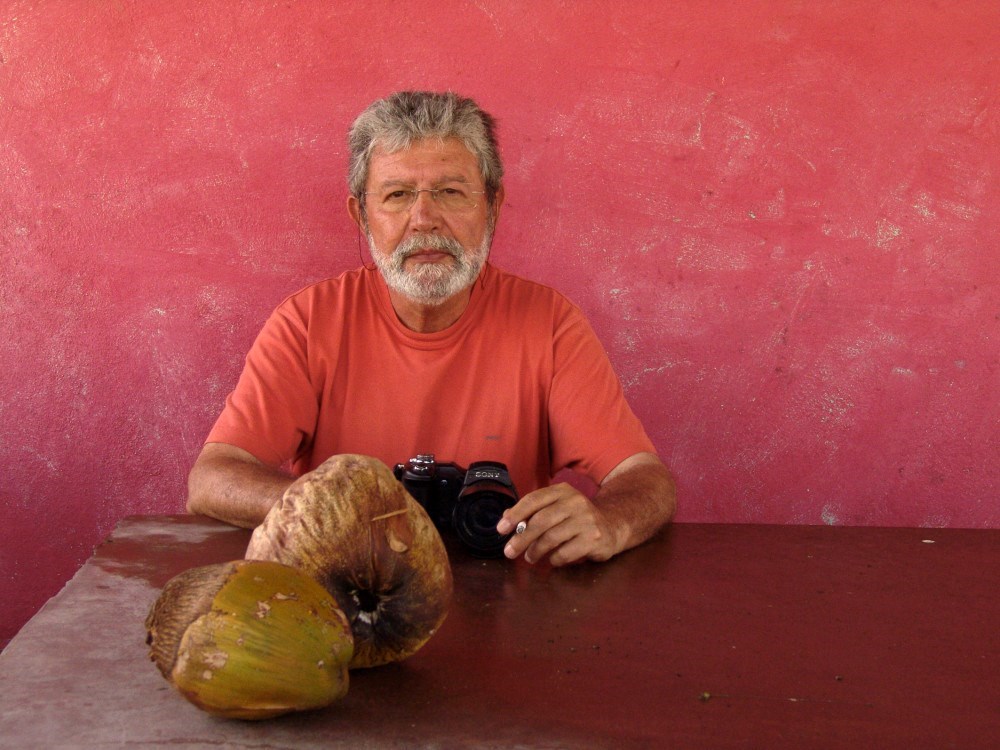 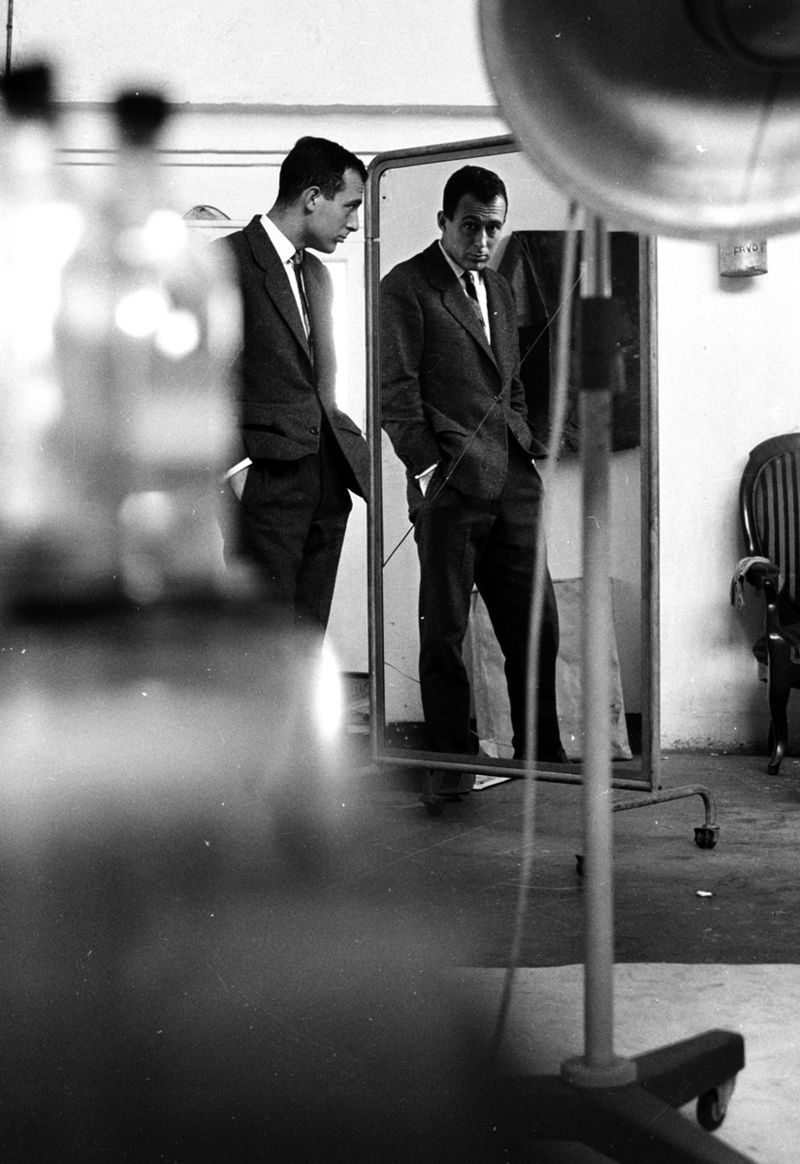 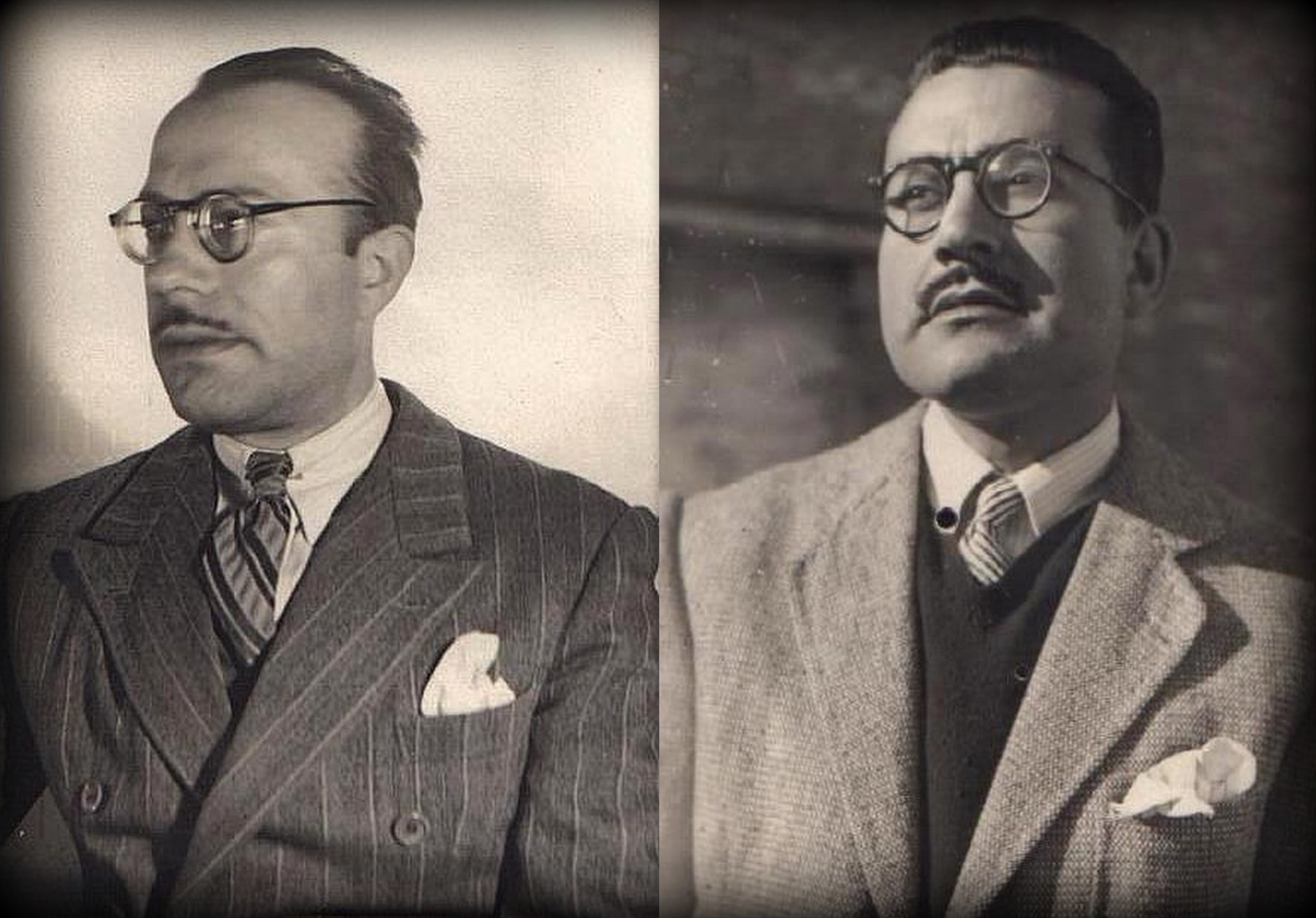 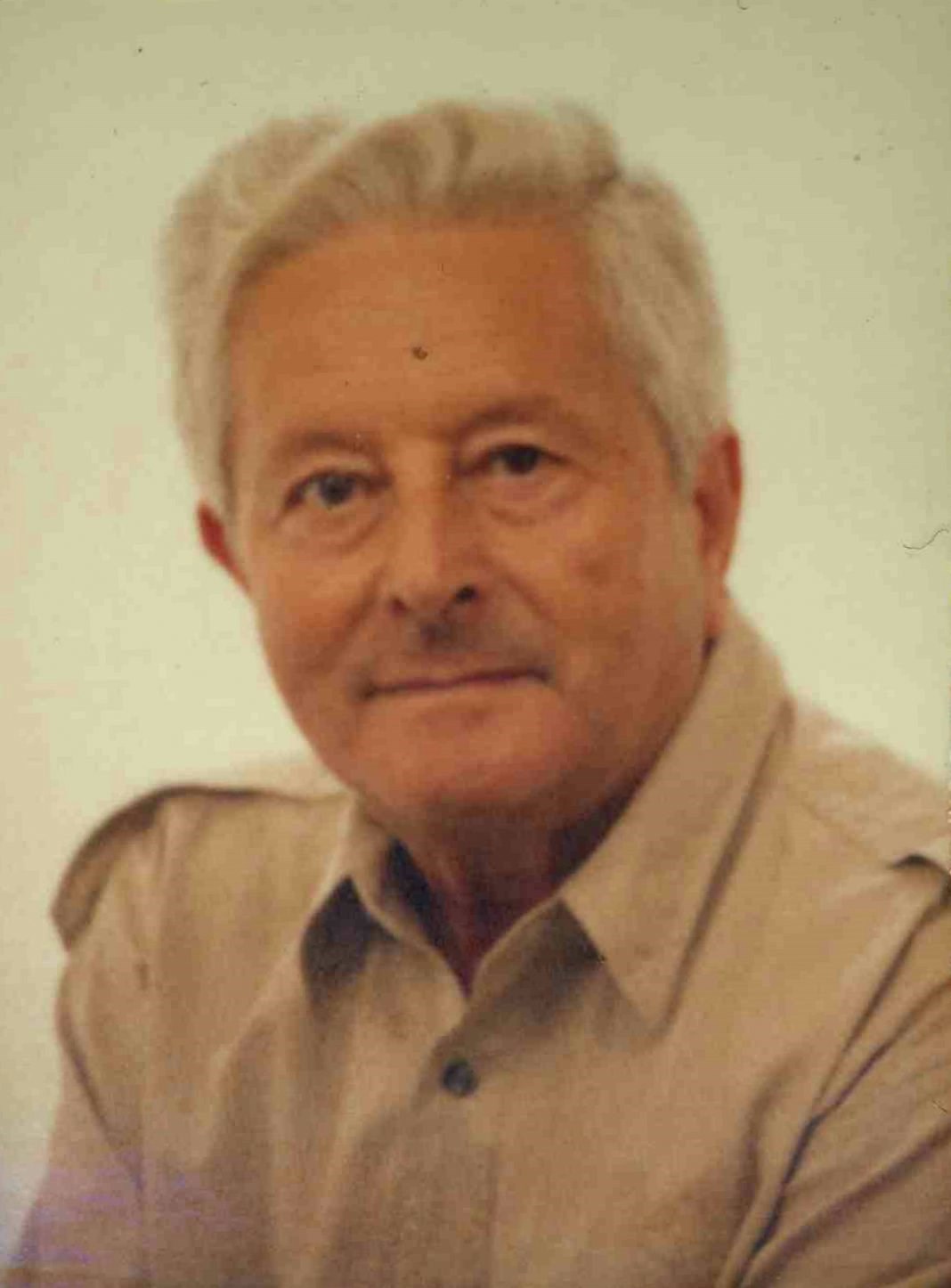 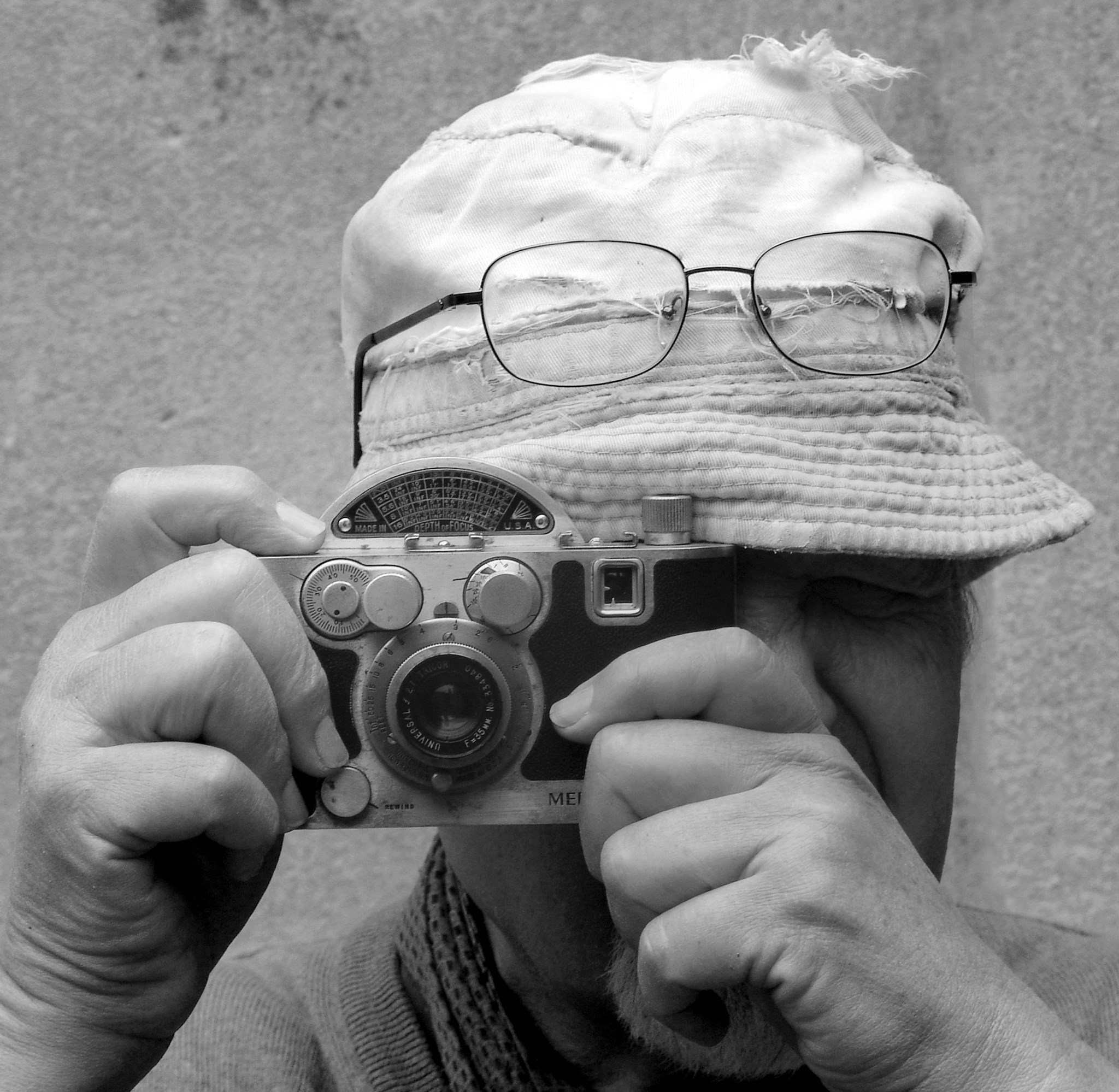 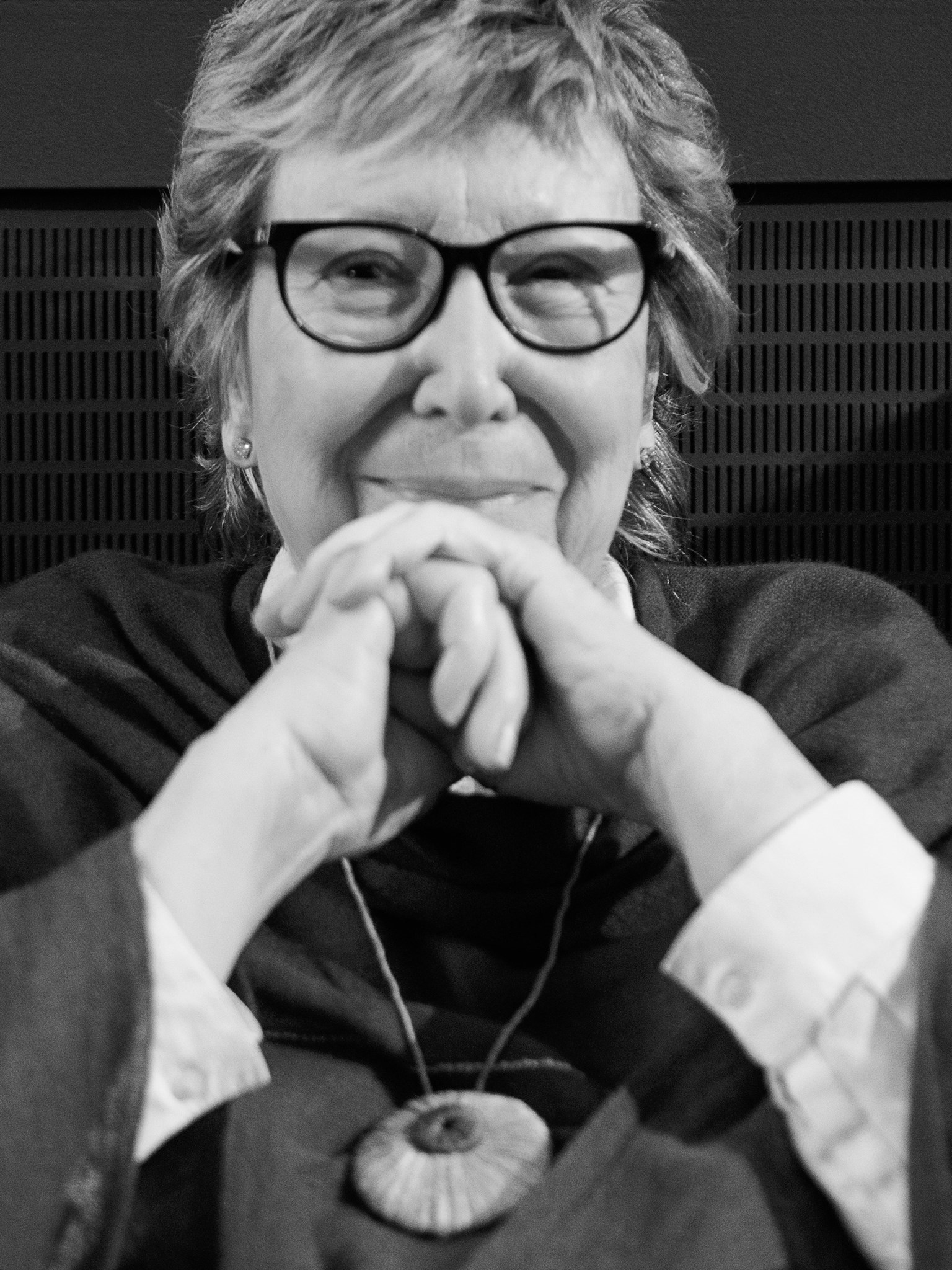 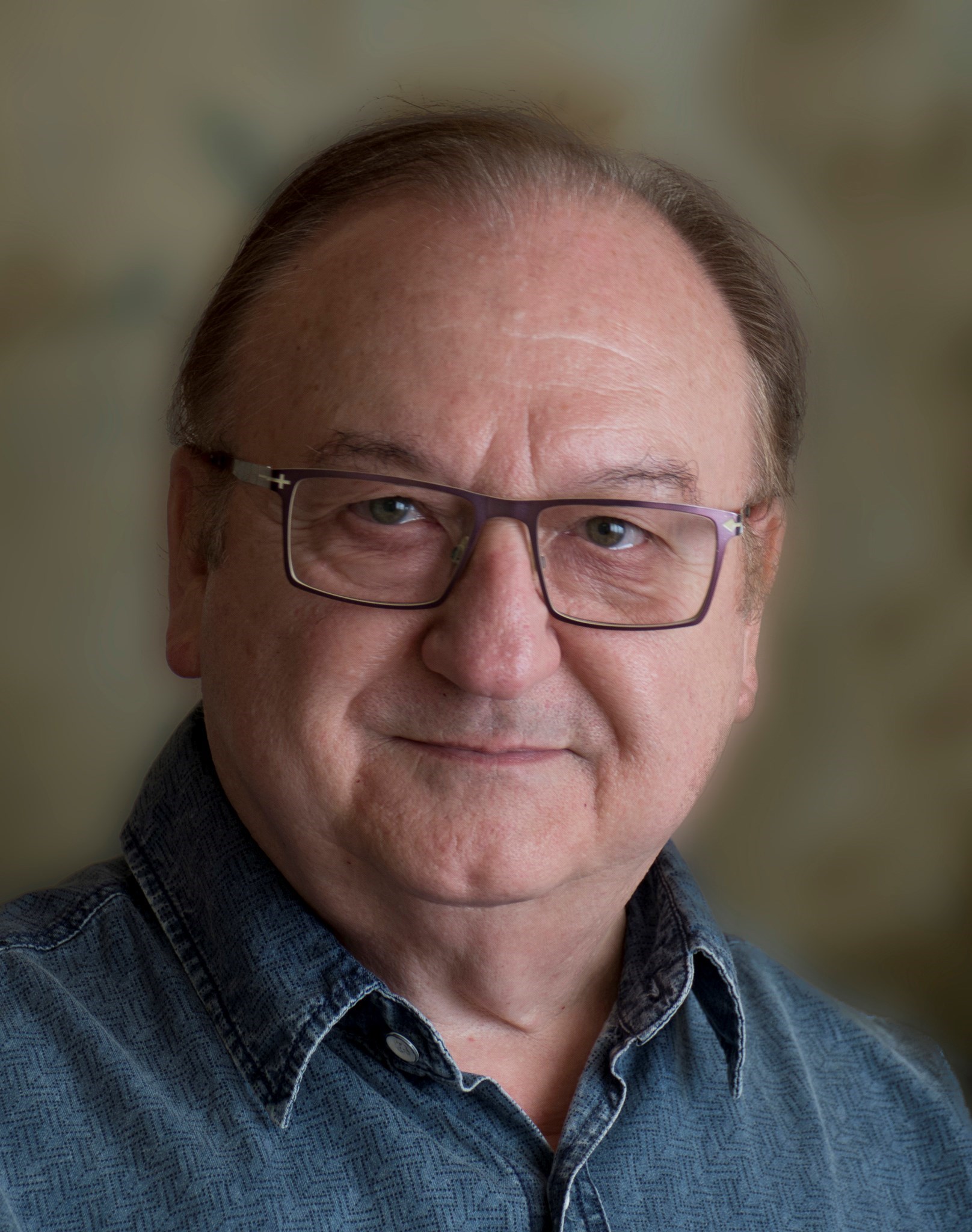 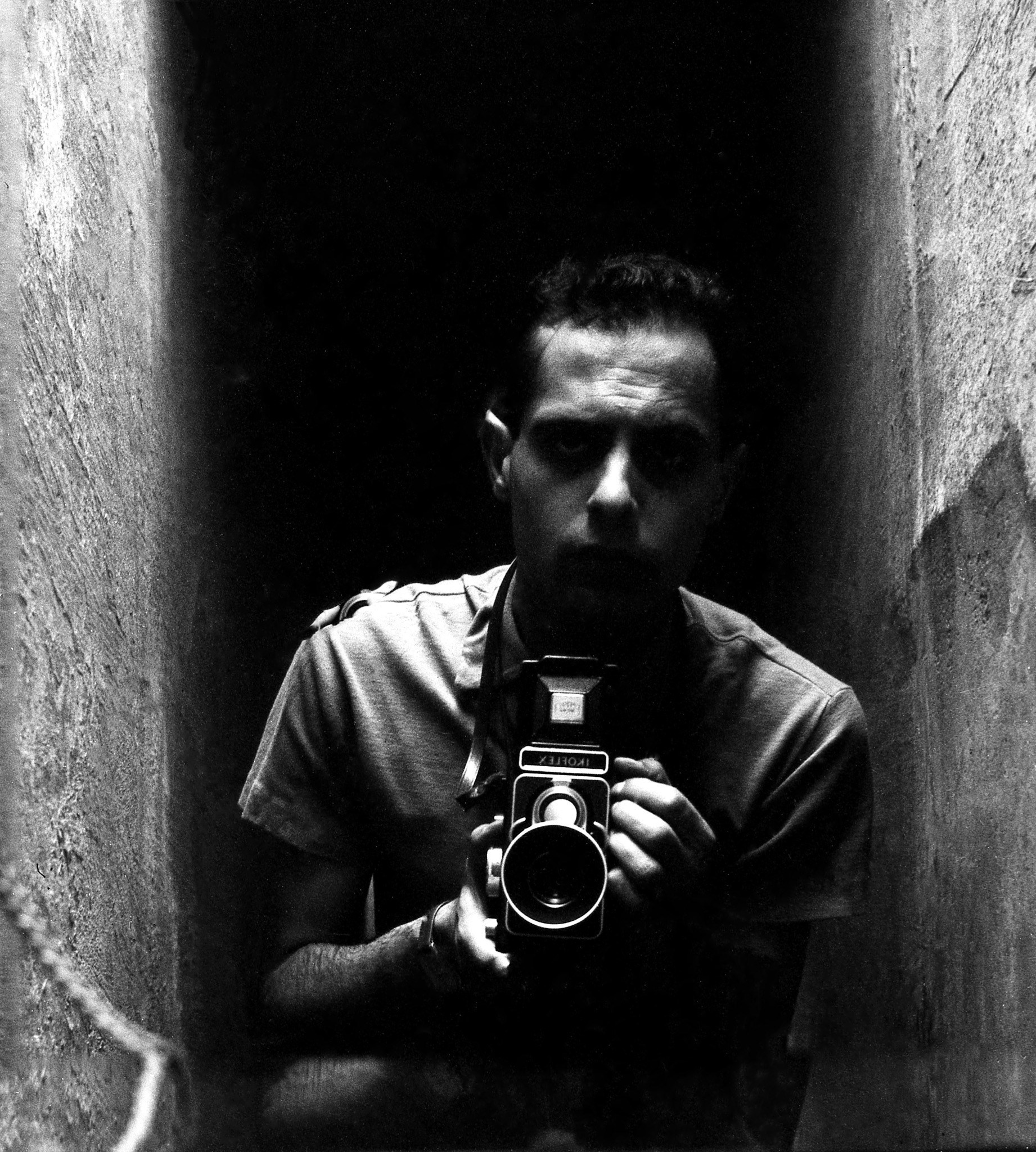 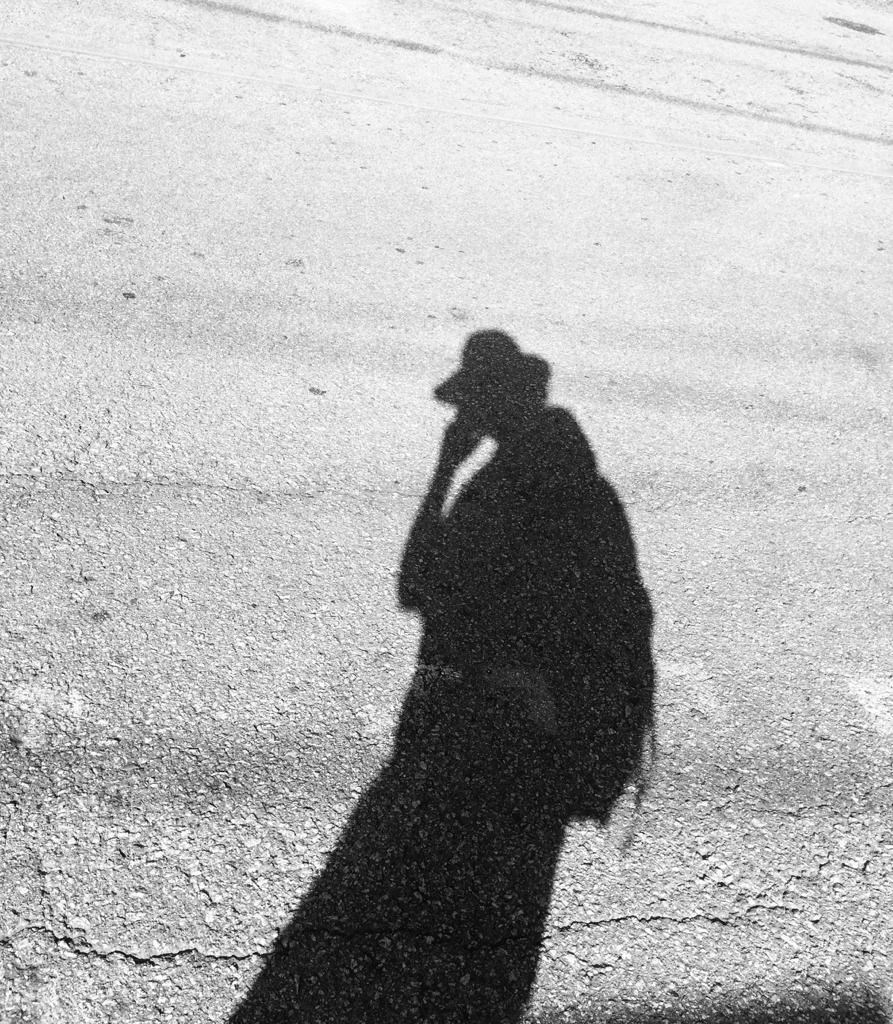 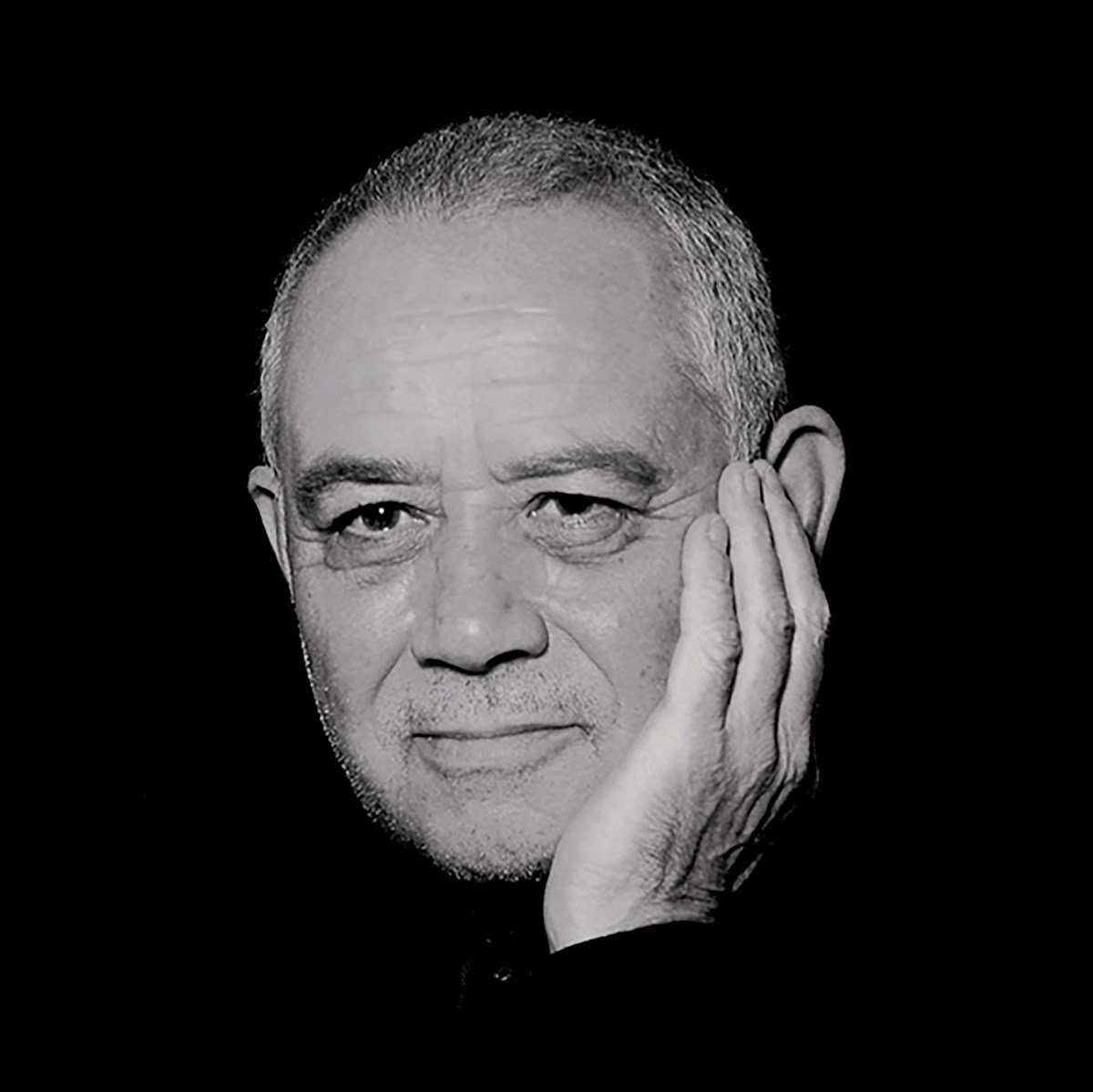 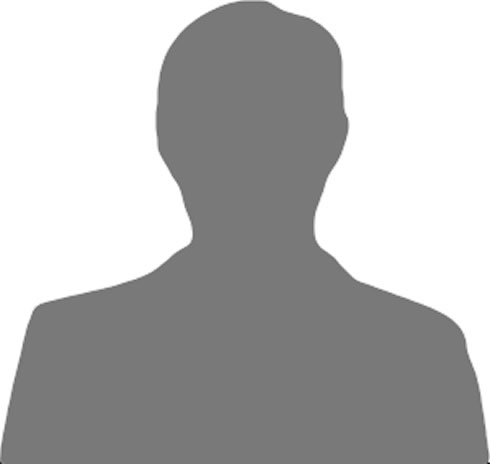 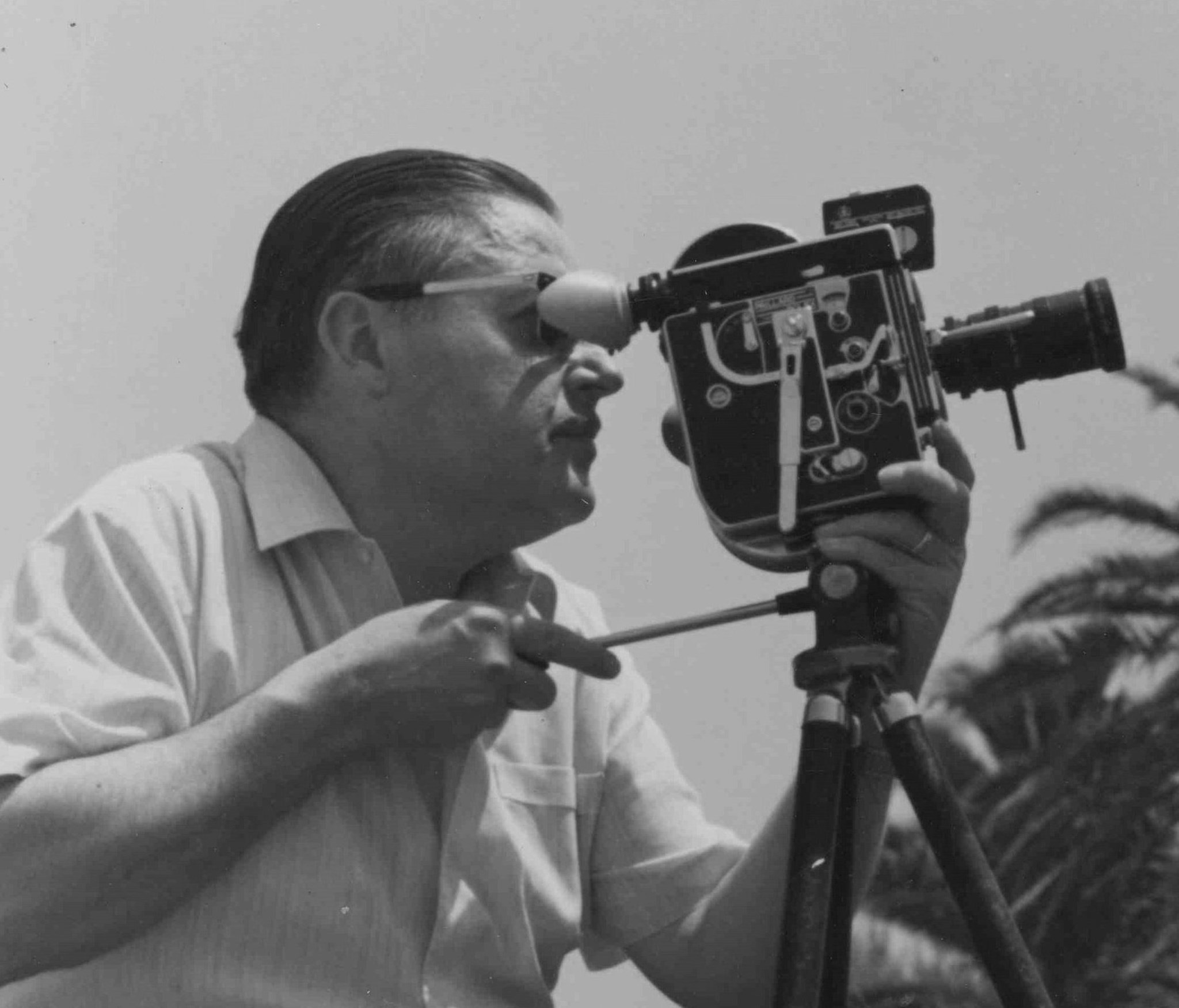